“We changed as a community after the pandemic, now we interact with each other to help, earlier we were full of complaints.”

By its website, The Bangalore Birth Network (BBN) — a women-led NGO — believes all women should have access to the evidence-based information & support required to ensure that they and their babies have the best possible start to life together.

BBN is more recently getting known for its helpline. The Covid-19 Mother-Child Helpline (+91 74129-00045) works in English and eight Indian languages and offers assistance from counsellors who return phone calls. These counsellors follow protocols prescribed by Federation of Obstetric and Gynaecological Societies of India, Indian Academy of Paediatrics and WHO.

A co-founder of BBN, Asha Kilaru explained that the MotherChild Helpline provides information and connects families with medical professionals especially during the lockdown.

Kilaru’s articulate explanation of the focus and importance of BBN's work can be viewed in this video:

Calls fielded by the helpline range from basic questions about childbirth during the pandemic to advice on how to breastfeed while coronavirus positive and vaccinations for children.

Asha Kilaru is a longtime resident of Bangalore who has devoted her energy to activities centered around public good, with a specific bias towards public health. 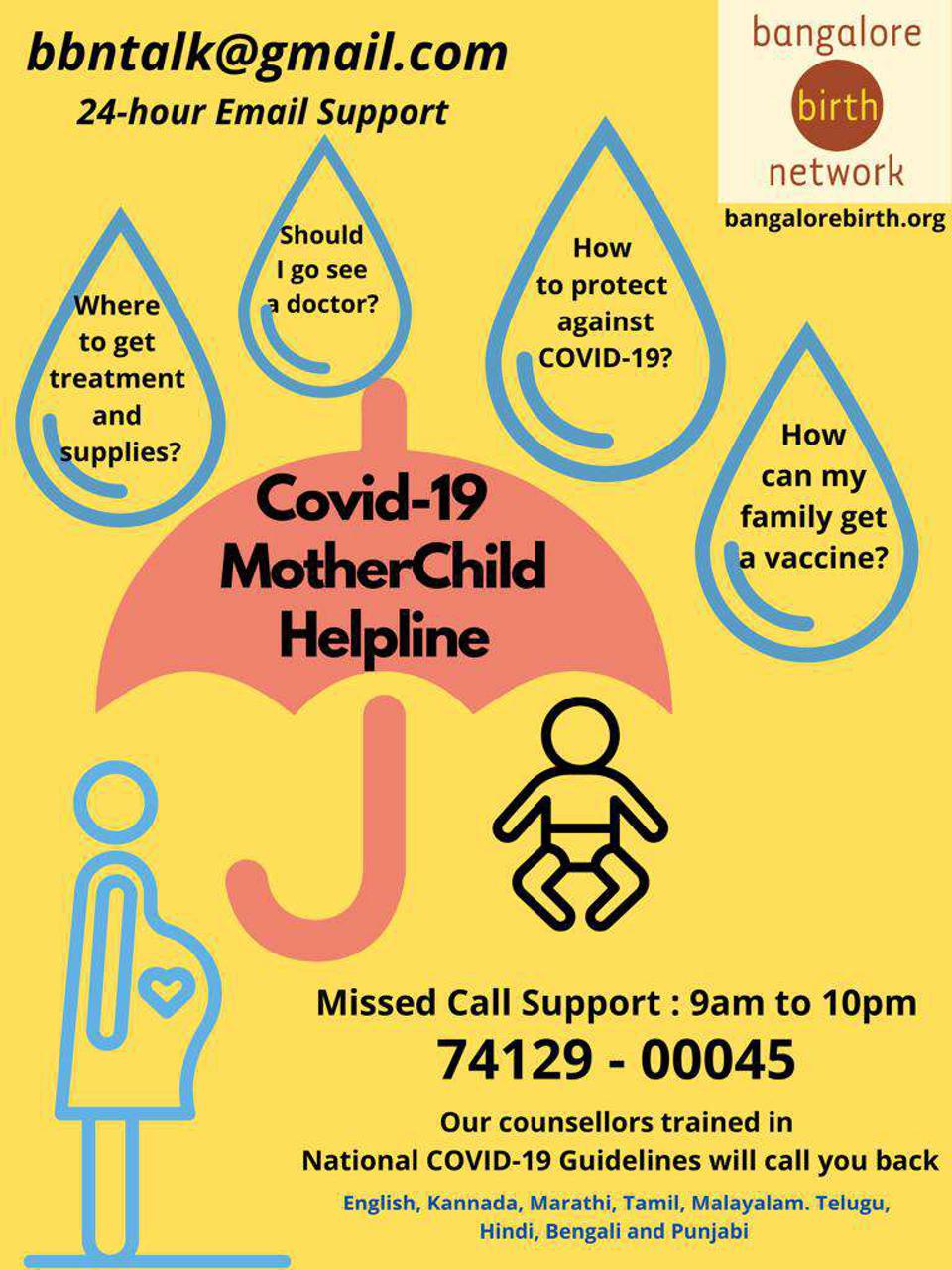 Asha Kilaru grew up in the United States as an American. The daughter of doctors, she was very clear from childhood that she wanted to do something for public health.

Kilaru told Explocity said, “I cannot see patients one to one like my parents used to, I wanted to do things for a lot of people.” Her sense of public justice surfaced early when, as a young girl, she told her father to not take the same amount of money from all people.Not everyone can pay the same amount for medical treatment, she reasoned with him.

Prior to moving to India, she had visited India only three times. Her only knowledge of India came from her parents but that information clearly helped to shape her outlook. For example, her father opened a Public Health Clinic in Telangana to help the villagers. She speaks fondly of her father for his strong sense of ethics and of the fact that her parents had an inter-caste marriage, for which they faced a lot of struggles even in the United States.

She said that she always experience life in a different country and get a world view from a different point. She said, “India is truly cosmopolitan, people have lived here for centuries, it is a universe in itself.”

Bangalore Birth Network was also probably a result of an early personal experience when she had her first child. She remembers she was given a sedative, without even being asked about her allergies. “I remember this, so clearly,” she said, “I held my husband’s hand and told him, you know it is so bad.”

The experience was so overwhelming, that she thought she was going to die while giving birth. She added, “pregnancy is the time when a  woman can least advocate for herself. It’s not just me, every woman goes through this, sometimes worse.”

In India, Kilaru’s research and groundwork in public health had her visit every district of Karnataka state. “I spend a lot of time listening to people, that was my classroom, that where I learnt the most,” she said. Kilaru also initially bothered by the lack of community mindedness and the fact that people were more quick to the complaint, than being quick to do something tangible to help.

But in the pandemic her views have softened a little. She saw something around her. “We changed as a community after the pandemic, now we interact with each other to help, earlier we were full of complaints.”

Asha Kilaru describes herself as a committed person. She said, “I am someone you can rely on, I will be there for you, and you can always count on me.”

Kilaru is co-owner of an organic food store, “‘Amala”’, (“pure” in Sanskrit). And she is on the Institutional Review Board, at Indian Institute Management, Bangalore.