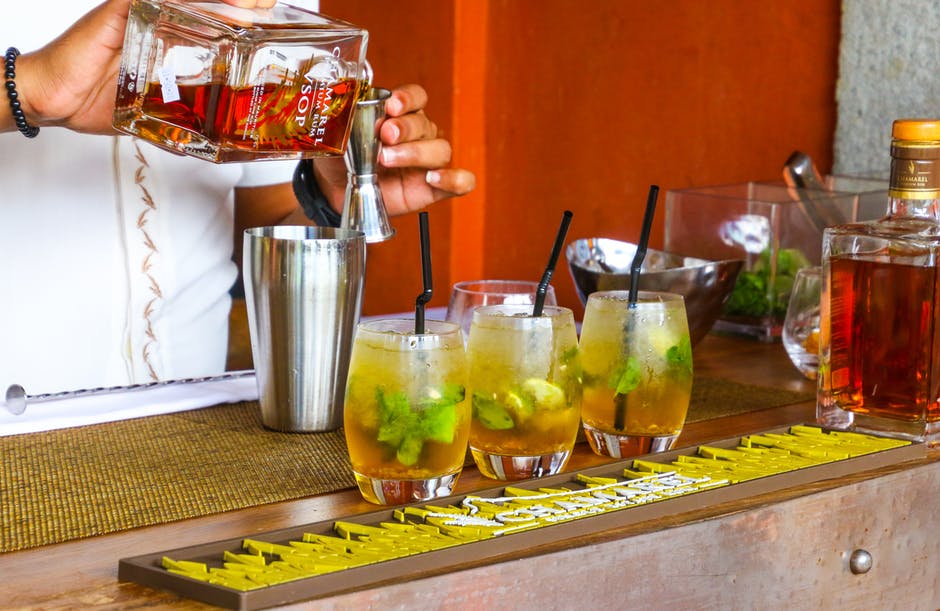 In a workshop on Democratic Education (a seemingly tiresome concept that labours under phrases such as “cognitive theory”), there was mention of a classically trained violinist who chose to become a Muay Thai kickboxer.

We try not to be sloppy, but our source cannot remember her name from the workshop, Happily, there’s a Linda Brava, who is a Playboy centrefold, classical violinist and badass kickboxer. Maybe it’s the same individual. (Here, watch:https://dai.ly/x6fy91).

And in Bangalore, we have two women bartenders.

Considering the general Indian social milieu that frowns on hooch in women (indeed even a law in force that prohibits establishments that serve alcohol from employing women), they’re as badass as Linda Brava (her real name).

So this Women’s Day, in an effort to recognise them, Explocity spoke to these mixologists, both employed at Byg Brewski (Sarjapur Road and, appropriately, Hennur).

Arati Mestry said her mother encouraged her. She chose to become a mixologist because she was drawn to the creative process and besides, it gave her the opportunity meet people. She looks at bartending as a career.

Sherfin Akter Auni, who lived outside India for a good part of her life, was fascinated by bartenders when she went pubbing. Standing behind a bar opened up a world of different people and cultures. She said she loves the contact with humanity the job offers and her experience with foreign culture helps her widen her perspective.

Auni told Explocity that her future is “...nothing definite. I never plan for the future,” she said, “I live each day as it comes.”

We asked both of them the obvious question: do customers hit on them? Does it bother them to be engaged as women rather than as professionals? Both Mestry and Auni did not seem to think much of this question. They both said they were in control and knew how to tactfully deal with whatever the job threw at them.

There was no self pity.

How Megna Jain Of JP Nagar Doubled Her Cupcake Business In One Year
Would you like to submit your article to us or write for us? Click here and tell us about yourself.