“And in the corner is a dentist taking photographs. Of every mouth he’s had the pleasure to know…” — Penny Lane, The Beatles (almost)

In the foyer of Dr TV Narayan’s dental clinic in Fraser Town in Bangalore, there’s a setup that looks like a corner of Richard Avedon’s studio — umbrellas and lights. But instead of models for portraits, he takes pictures of his patients. Instead of an alluring smile, they must bare their full set of chompers.

The ersatz Beatles reference in the subtitle is apt on many levels. For one, 60s and 70s rock replaces the pitiless muzak in most clinics. And there are the pics on the wall — all of them of rock megastars, The Who, Dylan and of course, a large print of  the iconic Abbey Road photo.

Most people do not associate doctors with creative pursuit. Indeed, many would not care to know this either. But such stereotypical assumptions are misplaced when one considers that doctors are some of the smartest people around and as everyone knows, a creative mind is often the domain of the smart mind. 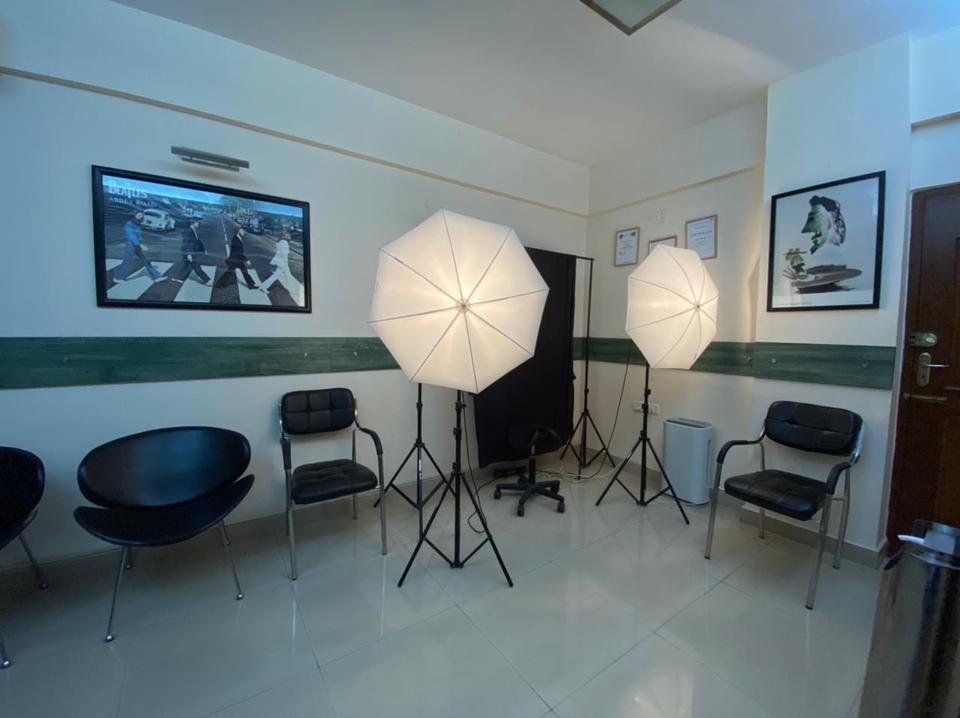 Dr Narayan is a creative soul. When he isn’t curing people and sculpting teeth, wielding a drill, he’s wielding a camera. Not to take pictures of patients, but of colours, moments and stories in a journey of self-expression.

“This whole (photography) thing is about perspective,” Dr Narayan told Explocity, “I might see something that I would like to frame uniquely and that exact composition is where my signature lies.”

He explained that he was drawn to photography when his profession required him to make video recordings and photographs to document dental procedures. One thing led to the other and Narayan found his Muse in the camera.

TV Narayan is an oral and maxillofacial pathology and implant-dentistry specialist and then some. He is also an educator and travels the world to lecture at international conferences. Travel gives him the vista for his photography. “Because of what I do, I’m able to visit many places, and that in turn provides a window for connecting with the art of photography. In a way, I can say that one is fueling the other,” he said.

Through these years, he has photographed wildlife, captured landscapes; and astro-photography from locations that offer the sky; his own terrace being one. And then, from making photographic sense of the vastness of space, he use his macro lens on bees, ants and other small subjects.

Narayan says that his creative pursuit balances him. "If you want to keep your sanity, it's crucial to have something apart from your work. You never know when your passion for something will come in handy. Also, by going beyond your career, you add more dimensions to your life."

He told Explocity, “My passion for photography has encouraged me to make aesthetic improvements in dental procedures. I believe that without a taste for aesthetics, it’s difficult to deliver adequate dentistry.”

From the night skies of Ladakh to street vendors in Turkey, his photos are diverse, rich and innovative.

Here are some remarkable examples of his creativity.

And for your listening pleasure, here’s a tribute to John Lennon’s dentist, John Riley. The song is “Doctor Robert” and is a feel good song about Lennon's personal "Dr Feelgood". We labour to stress that Dr Narayan is not notorious for the things that “Doctor Robert” was. (According to Wiki, at a dinner party attended by Lennon and Harrison and their partners in March 1965, Riley had laced their coffee with LSD, providing the two Beatles with their first experience of the drug.)

We promise you no such mind-altering fun with this Fraser Town dentist, but his photo with John Lennon in the background inspires a comparison that is hard to resist.