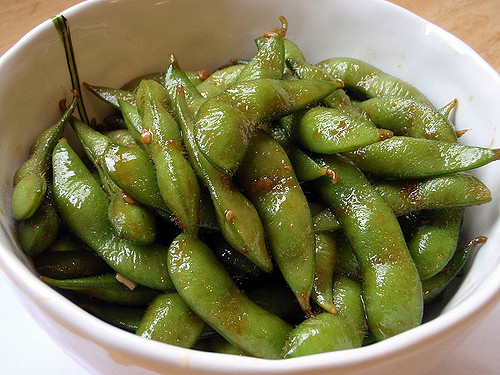 What is Edamame? Edamame is a bean preparation that is basically immature soybeans from the pod. As an ingredient it is used largely in East Asian cuisines like Japanese. A simple preparation is to boil the pods and served with salt. So the name Edamame can also be the name of the dish in Japanese. “Eda” means to steam and “mame” means bean.

Edamame is harvested by hand to avoid any harm to the crop. They are picked while still green because they contain more sucrose at this stage.
It is a very healthy bean that is rich in amino acids like glutamic acids, aspartic acids and alanine. They are also high in B-complex vitamins that helps break down carbs.
It has been very popular in ancient history where the earliest mention was in a thank you note written to thank a parishioner for a gift of edamame. This note was written in 1275 by Japanese monk Nichiren.