toxic thursday | Redbus: A Success Story In The Time Of An Investment Drought 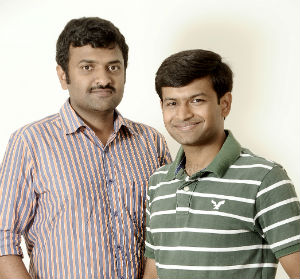 The Redbus Bangaloreans bring a new hope to the city

By now everyone has heard the story.

Two city entrepreneurs—Phanindra Sama and Charan Padmaraju, the founders of RedBus, the bus ticketing company—sold their company to Ibibo for a reported Rs 700 crore. (A subsidiary of South African conglomerate Naspers, Ibibo owns Goibibo.com, the online travel aggregator, and TravelBoutiqueOnline, an online platform that enables thousands of small and medium travel agents.)

In a time of economic stress, the story of Sama and Padmaraju, techies both, has warmed the hearts of Bangaloreans everywhere. And this is even more so because their tale is not one of a shot in the dark, or a fluke. Their business success was the result of a diligent pursuit of a business model and dogged aggregation of all the key elements of a successful business model.

Trying to bring a new order to an unorganised sector has its share of ifs and buts. This has happened with the movie tickets business. A business model considered to be a non-starter because they said—for example—that the industry thrives on black market sales and general tax dodges. As it turned out, the benefits of selling tickets online far outweighed any short-term gains that intermediaries may have enjoyed and online movie ticketing is all but the norm.

Sama and Padmaraju had to do their bit of convincing bus operators and their ilk to sign up with them. There is little doubt that it would have taken more than a certain amount of doggedness and perseverance to organise the unorganised.

From random reactions among Bangaloreans, it is apparent that the city has been inspired by their success; a story made sweeter in the time of waves of uninspiring news from financial markets and the falling rupee.

We spoke to Sama and Padmaraju about their journey, how they sailed through this enterprising endeavour and how Bangalore has contributed to their success.

“Well, after Phani shared his idea about creating a single source for buying bus tickets, we did some research and realised that nobody else was doing this. But there were numerous hurdles – talking to and convincing bus operators, getting the inventory, reaching out to people. We wondered how we would go about it. So we created a business plan and presented it at the TiE EAP (Entrepreneurs Acceleration Program). We got selected and got introduced to a mentor, ” explained Padmaraju.

That got the ball rolling.

Both Sama and Padmaraju, then in their mid-twenties, had secure jobs in good companies.  Was it a wrench to quit and take their chances with business start-up, what about family pressure, we wondered.  “Well, yes there was slight concern but I didn’t face any issues as such. It was fine,” explained both Padmaraju and Sama.

Sama went on to say, “The thing is I’ve always been independent and my family has been supportive of all my decisions.”

What was the day-to-day like? “At the time of setting up we divided various tasks among ourselves. But essentially we were both involved with every aspect. I would meet all the bus operators, look into operations, meet with investors etc. Charan also would sometimes go meet the bus operators but his focus was more on technology and software architecture.”

Newspaper reports state that their combined stake in the company at the time of the sale to Ibibo was 18.2%, which not only makes their combined take about Rs 100 crore, but also brings a highly profitable exit to their investors—again, something of manna in the time of economic drought.

We asked the duo how they celebrated this iconic moment? (Both laugh), “Well actually we’ve yet to really celebrate,” said Padmaraju. “But yes, I did have a small celebration with my family back in Andhra Pradesh.” Sama also shared the same response.

We wanted to know what their goals are now and what they plan to work on next? “As of now we just plan on continuing in our existing roles with Redbus,” said Sama (Phanindra Sama as CEO and Charan Padmaraju as Product Developer/ Head of Engineering).

There are many factors that contribute to a success story—milieu being one of the significant ones. How did Bangalore contribute to their success?

“Very well actually,” replied Sama. “No other city could have provided this level of support. There are a number of things about Bangalore that makes it so entrepreneur-friendly. Firstly, the mentors—I can’t think of any other city, not even Mumbai or Delhi. Secondly, this city scores because of the technological edge that it has. In fact, many of our competitors also moved operations to Bangalore. Indirect competitors such as Cleartrip, which is headquartered in Mumbai, moved their entire tech team to Bangalore. Same was the case with our acquiring company, Goibibo.com, headquartered in Gurgaon, had moved their tech team here.”

Capitalism sits easy on these entrepreneurs. Not surprisingly, both Sama and Padmaraju said their favourite author was Ayn Rand. Sama said, “My favourite book is Atlas Shrugged and it has definitely helped me on the personal front. The book really portrays the burden of responsibility as it’s about this one person carrying all the baggage and facing criticism. I can relate to that at times and whenever I’m feeling a bit low or depressed, I just read a few select pages from the book, and it helps a great deal.”

We asked this successful duo if there was something they wanted to say to aspiring/ upcoming entrepreneurs? “We would say that it’s very important for anyone going down this path to get good mentors,” stated Padmaraju, “and heed their advice.”

Its bus operator SaaS (software as a service) product - BOSS is a market leader in its space with over 500 operators using it across the country.

RedBus has crossed the one-crore (10 Million) mark in the number of tickets sold in July 2012. It has over 2 million registered users and is rapidly approaching the $200 million GMV (gross merchandize value) mark.

Phanindra Sama (Phani) is CEO of redBus.in. He is from Andhra Pradesh and graduated with distinction from BITS-Pilani. He worked with Texas Instruments, Bangalore before he co-founded RedBus.

Ranked No 3 amongst India’s Most Promising Entrepreneurs by Business World, Sama was chosen as a Global Shaper 2011 of the World Economic Forum. He was awarded Entrepreneur of the year award under IT, ITES category by ET NOW and the BITSAA 30 under 30 award. He is also selected as Endeavour Entrepreneur and TiE Entrepreneur.

Charan Padmaraju is Head of Engineering of redBus.in

He developed two in-house cloud based software called BOSS - Bus Operator Software Services and Seat Seller, which has changed the dynamics of the bus industry in India. RedBus sells both these software products to bus operators (to manage their operations), and travel agents (to aggregate and sell tickets across multiple operators).

He graduated from BITS-Pilani, and worked with Honeywell, Bangalore before he co-founded redBus.