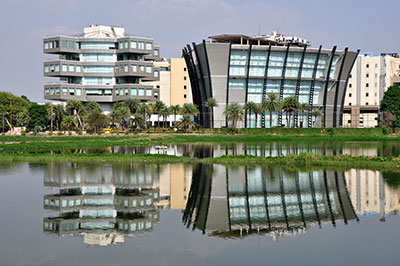 Bangalore was recently rated as the best Indian city for business travellers, despite a decline in average spends. Explocity speaks to a number of industry professionals and citizens to find out what the tag means to them.

The global integrated travel and expense management company, Concur recently conducted a study and in its annual global report on corporate travel and entertainment spend in 2012, concluded that Bangalore is the most visited city in India for business travellers. Bangalore is also ranked 12th in the list of the top 25 cities, in which Mumbai is placed at 20th. According to the report, India saw an 18% increase in the average airfare transaction. Rail costs (at 58%), also increased greatly. The data was analysed for nine countries across the world. These countries were - the United States, United Kingdom, France, Germany, Japan, Australia, Canada, Hong Kong and India.

The report states that Bangalore dropped a rung below from its previous position of 11, in the 2011 version of the same report. The drop was recorded based on with the average spend declining from around $258 to around $227 in terms of lodging, ground transport, dining and entertainment . It is noteworthy that the decline in the Indian rupee translates to the fact that the spending in terms of dollars has obviously reduced.

The average percentage of spend on lodging recorded was highest in India (at 31%), followed by other countries in the Asia-Pacific region like Hong Kong (at 25%), Japan (at 23%) and Australia (14%). India ranked lowest in the average percentage on entertainment spend though (at 2.44%), with Japan being the highest (at 8.14%).

Concur which provides a number of travel and expense management and automation solutions interacts with a wide number of users (over 15 million reportedly) and studies over half a billion expense line items to decipher the top travel and expense trends in business travel.

The average spend in Bangalore in the ground transport category was $23.55 in 2012, in comparison, the average spend was $25.70 in 2011. Anand Subramaniam, Head - PR and Corporate Communications, Ola Cabs says, "I believe the perceived fall in the average spend is more to do with the overall decline of the rupee against a dollar. You can get more per dollar, hence it may depict that the spend may have dropped." Speaking about why business travellers may prefer Bangalore, Subramaniam said, "Bangalore has a good eco system for IT and ITeS businesses. Despite the fact that the airport is located quite far from say, the heart of the city, the options that Bangalore offers in terms of entertainment, dining, pubs and weather is unique."

Amit Paul, Director – Sales and Marketing of Le Meridien Bangalore was happy to know that Bangalore was ranked 12th among the top 25 cities. He said, "It’s obviously great news for the city and for the hotel industry. It strengthens the city’s global credo." Speaking about the fact that in 2012, the average spend in the lodging category was $98.52, while it was $116.12 in 2011, Paul said, "I wouldn't worry too much. It just proves that there is more supply presently, which means there are a lot of new hotels and more rooms. The hotel industry is growing in Bangalore and it will take just a little while for the market to stabilise and adapt."

Hemal Jain, Director of Sales at Alila hotel said, "Bangalore was known as the silicon valley with a number of fortune 500 companies having a presence here. The weather here is something that attracts a lot of expats and the high standard of the workforce available is laudable too. It's not surprising that we are the best in India." Speaking about the decline in 2012, Jain said, "There was a definite decline in 2012, but it has picked up this year. I reckon we'll be placed higher in next year’s report."

Abhijit Saha, the founder, director and chef of Avant Garde Hospitality said, "Bangalore by virtue of being the IT and intellectual capital of the country has been largely responsible for changing the image of India among the international business community. The government of Karnataka has also played an important role by facilitating international investments and businesses through its favourable policies. This has also led to the growth of hospitality and food service industry."

Speaking about the fact that the average spend on dining in 2012 was $26.67, while it was $28.28 in 2011, Saha said, "Bangalore today offers some of the finest hotels and restaurants in the country. Increased activity in the stand-alone restaurant category has probably been responsible for rationalising and bringing down the F&B spends of international travellers who otherwise were earlier confined to dining in star hotels alone."

But in a city that deals with pothole-ridden roads, traffic congestion, road-rage, sewer water logging, over-charging auto drivers and reportedly apathetic law men, how do Bangaloreans feel about this? We asked a number of them and here's what they say:

Sajan Stalin who works for a well-known men's accessories retail company said, "I am surprised! Despite all the problems business travellers obviously face, Bangalore is still ranked highly. I am pretty sure no one really factored the traffic or the roads!”

Anil Kumar Kandhi, an entrepreneur said, "It's good for companies that are looking for business from abroad or other cities. Getting a tag like that adds to the city’s credibility and it is a useful statistic to tell potential clients."

We wondered - Is that all that it means to Bangaloreans? A statistic? The responses are mixed.

LSN Adithya, the owner of an IT services company was a lot more enthusiastic about the report. "There has always been a debate whether Mumbai or Bangalore is better for business. This report proves that Bangalore trumps everything. Mind you, it’s not just the weather that matters. It's the fact that Bangalore has a DNA that is conducive to business," he said.

Ali Bheda who travels between Bangalore and Dubai often due to his business commitments appeared sceptical. He said, "Until the government fixes the problems plaguing the city – bad roads, traffic, a metro that connects just a handful of stations – such reports mean nothing."

Mary Anand, who works as a Program Manager for Cisco had a different view. She said, "I don't think ground realities matter at the end of the day. It's the output that is of utmost importance. Despite problems with the infrastructure, Bangaloreans are still working hard and giving results. You crib and you move on with your work. Accolades are testimony to that spirit."

We contacted the Mayor Mr BS Sathyanarayana who said "We are happy to know that Bangalore has been reported as the best Indian city for business travellers. Our goal is to make Bangalore the best city in the world."