Home | Bangalore | Vex And The City | Chanakya, Chandragupta And The Halfway Metric Bangalorean 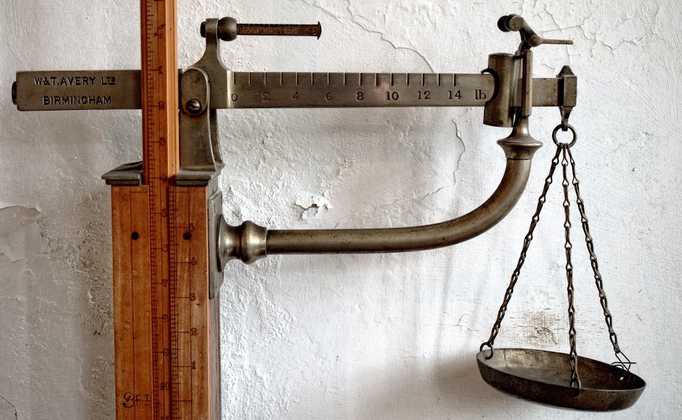 I was maxing my visa application form until they wanted my height in centimetres.

I only knew my height in feet and inches.

Of course, I fired up one of the many conversionapalooza apps I have downloaded on my iPhone and bing-bing-bing… 185.4 centimetres and all was cool.

But at that point, I came to realise that we Bangaloreans are a halfway metric people.

Go ahead and test it.

It’s the same thing with other measurements.

He will give you his height in feet and inches. But ask how much he weighs and he will understate the truth in kilograms.

We Indians may have decided to switch from Imperial to metric but we never finished the job. (Of course we didn't. Who ever accused us of finishing anything?)

Anyway, this process is called metrication. In 1957, we formally adopted the international system, which is the metric system.

But up until 1957, we measured things differently at different points in history. There’s piles of evidence lying around in archaeological rubble that suggests that all early civilisations of the world had invented suitable systems of measurement. But let’s only talk about us.

In the Indus Valley civilisation, they found evidence of measurement that we should consider amazing for its time—like a ruler that was calibrated to within 2 mm. The textbooks say that in another case they found measurements equal to 0.005 of an inch. (See? One statistic in the metric system and the next in the Imperial.)

Then, who shows up around 350 BC but this Punjabi dude, Chanakya—easily the most fascinating of all Indians barring Sunny Leone.

(Well, they say he was either Punjabi or Tamil. Some say he was born in Taxila, Rawalpindi-Punjab, Pakistan but some Jain literature calls him a Tamil. More likely he was Punjabi, because he hung with Chandragupta Maurya in Taxila. Also, he is known as the Indian Machiavelli, although he predates Niccolo Machiavelli by almost 2,000 years give or take a few 100 years.)

Chanakya authored a treatise (or, book) called "Arthashastra". In this book, he set the foundations for the organisation optimistically called the Bureau of Indian Standards.

He set measurements by approximating things like the length of a portion of the finger of a man of average size for length. He figured out the curve of a bow for radius, by which measure he ordained city zoning.

Chanakya also authored an entire book of aphorisms called Neeti-Sutras, which were pithy one-liners that told the king how to behave himself. Proving beyond doubt that memes were first used in India.

Smart as he was, he served out his whole life as Chandragupta’s attack dog and then had a distrusting and rocky relationship with the Gupta son, who became hopping mad when he was told Chanakya had poisoned his mom.

Hurt by all this finger pointing, Chanakya ran away to the jungle and starved himself to death. Gupta Senior, in the Jain tradition, gave up all worldly possessions and went and retired in Shravana Belagola near Bangalore. And Gupta Junior probably felt like a shit.

But clearly, Chanakya left behind a lasting legacy—a legacy of approximate measurements.

No matter how sentimental and loud our claims of early genius might be, there’s little evidence around us that we are men of precise measure, of scientific mien and of punctual bent. (And lots of evidence to demonstrate the essentially Machiavellian and whimsical nature of our socio-political life. So, we’re just socially and politically bent?)

In the time of the Arthashastra, a conversation may have gone like this:

Customer: "How wide will you make this window?"

Mason: "About twenty two and half times the length of the middle joint of the finger of an average sized man, sir."

Customer: "Who's an average sized man?"

Mason: "Someone smaller than sir. Sir is of above-average size."

Customer (after glaring at wife): "I cannot tell how wide that would be. Can’t you be more precise?"

Mason (holds out hands to describe length): "Oh, about this wide. Give or take."

Customer: "Why didn't you say so the first time?"

And the customer goes away with only an approximate idea of how wide his window was going to be.

And then there’s the other extreme. For instance, our ancients calculated that one kalpa - the time the universe and all planets take to return to a previous position - would be 4.32 billion years. For fun.

But such grand projects belie the suckiness of our daily engineering... the benefits of existing within one system of measurement, for instance.

And we don’t strictly implement the law contained in the Standards of Weights and Measures Act, 1958 and the subsequent banning of all other forms of measurement from official life in 1962.

It’s all for the better. Sometimes, there’s poetry in miles; and not only from Robert Frost. For example, despite what the law states, the main drag in Indiranagar is officially called “100 Feet Road”—named for its width.