Bangalorean Zara Savio, 9, student of Vidyashilp Academy (a reputable Bangalore institution) has developed an app for toddlers, helping them to communicate their needs to parents and guardians

Talk about creative intelligence. Bangalorean Zara Savio, 9, student of Vidyashilp Academy (a reputable Bangalore institution) has developed an app for toddlers, helping them to communicate their needs to parents and guardians.

The app -- called ”Goo Goo Gaa Gaa” -- helps little kids use technology to reach out to their parents or guardian, such as a nanny, whenever they need. The app is equipped with simple features such as clickable icons of food, a feeding bottle, a poop emoji, band-aids. When the kids press the button they choose, a message reaches the phones of father, mother or nanny (the default choices) that the child is trying to reach them.

Zara has always been interested in gaming and coding. She came upon the idea for Goo Goo Gaa Gaa from seeing her little sister facing difficulties with communication.

Determined to solve her kid sister’s problem. Zara created an app that can be used by children from ages one to nine. The idea is based on her observation that even infants can recognise icons and pictures and understand that pressing buttons can trigger a desired chain of events. This cognitive ability apparently happens even before the infants can manage intelligible conversation.

The app also consists of other icons like a band aid, a plate of food, or a milk bottle. By clicking on these buttons the parents and the guardian get an alert about the baby’s need.

“As the app keeps the moms and dads in constant touch with their kids, it provides a sense of comfort to them. The features of this product are built in a simple manner so that kids can effortlessly contact their parents,” Zara explained.

As a part of her online coding classes -- WhiteHat Jr -- Zara Savio had participated in the Silicon Valley Program, an opportunity to meet top entrepreneurs and business leaders in Silicon Valley. As part of that program, she was required to design and build an app.

Zara turned her idea into an app in a week. She then sent it, as her submission, to the Silicon Valley program in March 2020.

This Cooke Town, Bangalore whiz kid was one among the more than 7000 entries for the program and she made it to the final round where she was awarded the Silicon Valley Code of Honor for her app’s excellent features like core functionality, user interface and world impact.

“Children start using gadgets at a very young age and they find it more curious to use. So this is one such application which makes it easy for them to get help from their family or maid. The mother can be working in another hall, but the kid can still let her know that he/she wants to drink milk, just by a single button. Even at times of emergencies, the children can warn that they are hurt by clicking on the band aid option," Zara told Explocity. 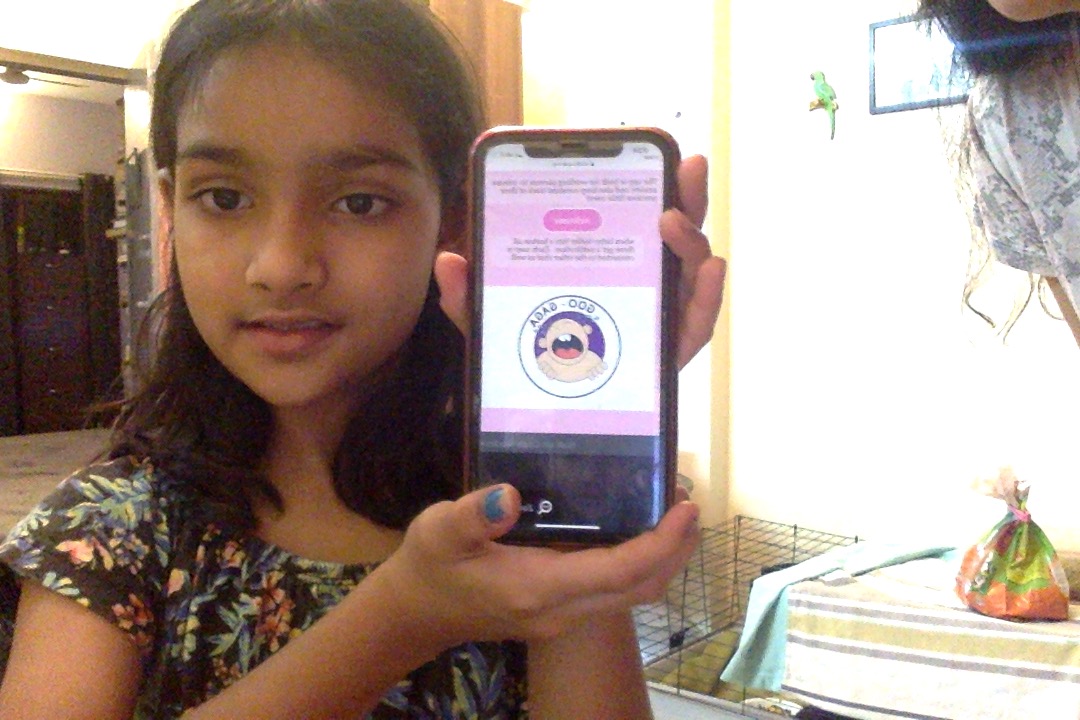 Zara’s (justifiably proud) mother, Nedah Shah, said that her daughter considers coding a lot of fun, like learning a new language. Shah spoke of how technology impacts all aspects of human life.

“Coding has become such a valuable part of our lives now,” Shah said, “even during this pandemic, people get all their work done by means of these applications. Personally, I believe that Zara’s approach towards coding adds value to her life skills. It also helps in developing her analytical and logical skills.”

Zara aspires to become an app developer or a gamer. This young mind is filled with other unique app ideas as well, such as tracking COVID-19 cases, calculating one’s weight in zero gravity, and other creative ideas.

Happily for the caregivers of the children, Zara Savio’s app does not feature an “I’m bored” or “I want attention for no reason” button.

Then again, this Cooke Town kid does not look like one that would contemplate an “I’m bored” button anytime soon.

Because Being Single Doesn’t Mean You Need To Be Alone - Ashwini Jaisim Launches The Singles Club
Would you like to submit your article to us or write for us? Click here and tell us about yourself.