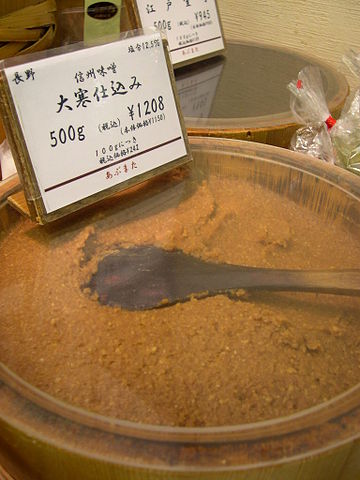 You may have heard of Miso Soup but what is it really? Miso is a Japanese seasoning that basically a soybean paste. The soybeans are fermented with salt, a fungus called koji and rice or barley. This becomes a paste that can be used as a sauce or spread. This is what is mixed with soup stock to make the soup. It can also be used as a marinade or pickling agent.

Being primarily soybeans it is rich in minerals, vitamins and protein.

While basically being a Japanese ingredient, this seasoning is now becoming popular around the world. The original recipe may have been made with fish or grains.