My friend who is an Indologist and scholar, laboured to tell me that “tat tvam asi” actually means, “That which is not”. “It’s not about what you see but it’s all about what you don’t see.” “I see,” I lied, brahmanically. 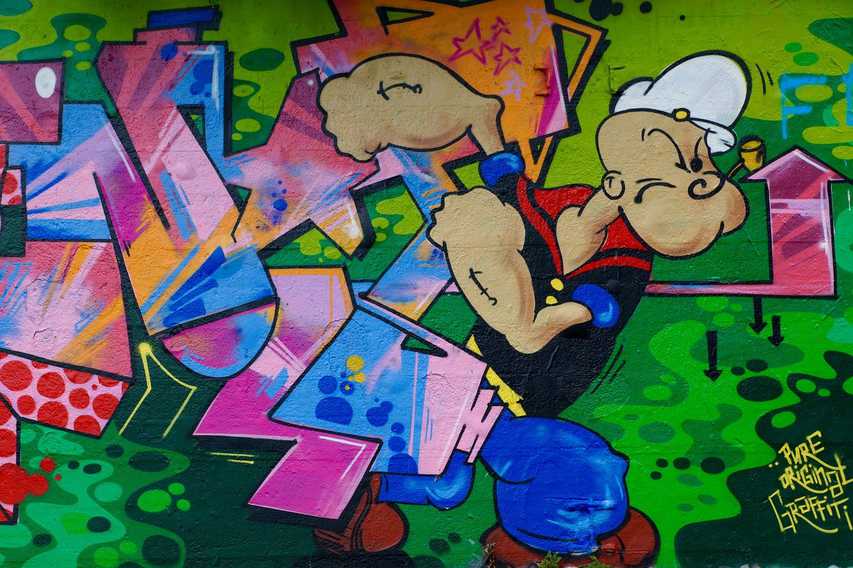 Last week, a friend was trying to educate me in the cunning nature of Vedic interpretation of the Sanskrit phrase, "tat tvam asi".

He said Albert Einstein had it up on the wall of his lab, or maybe Edwin Schrödinger (the dude with the dead cats) wrote to Einstein (the cat who killed all the dudes) about it. Or maybe the entire Manhattan Project used it as their motto.

I would have thought it simply meant, “You are who you are” and then get on with trying to earn my living, but no sir, there are layers of meanings to even the simplest Sanskrit phrases. (I don’t half wonder if this was why the rupee finally plunged to 70 against the dollar.)

My friend who is an Indologist and scholar, laboured to tell me that “tat tvam asi” actually means, “That which is not”.

“I see,” I lied, brahmanically.

“It’s the beating heart of the Vedas,” he added, unhelpfully.

I wasn’t trying to prove that his PhD in Indology from a US university was wasted, but I told him that the opening lines of Popeye, the sailor man, also had some tat tvams in it.

“Yes,” he replied, brightly. (When intellectuals talk to people like me, they first agree brightly. Once I am lulled into an amenable state, they can introduce me to the truth. Such is their ploy.)

“Yes, at the heart of Popeye’s statement too is ‘tat tvam asi’.”

And then he went on to onion peel it for me. He held forth on the philosophy of the meaning of ‘that which is not’. And which is why, he concluded, that there could be no conclusions.

This whole tat tvam asi thing is a giant hiding place for incompetents.

We have our own version of it in Bangalore. That old, tired chestnut, “swalpa adjust maadi” (“cut me some slack, yo.”) would be our variation on the theme. It might not have the lofty, Vedic, Sanskrit-y ring to it but it works just as well.

You want to make a left turn, but the only open space ahead of you is the lane on the extreme right—and because you abhor vacuum—you take the extreme right lane. And then, you try and cut back through thick traffic because you now want to turn left. The other drivers will allow you because they will swalpa adjust. Road rules and lanes (those white lines) don’t matter because they aren’t really there; because tat tvam asi, dude.

I read that Tagore once pulled a similar prank on Einstein. He fuddled the scientist by telling him about the table in his house “…which I perceive is perceptible by the same kind of consciousness which I possess.” Means the table was there but—if you shut your eyes and squeezed your eyelids tightly—it might not be. But it is.

Clearly, Tagore had a generous grasp of both Newtonian physics and quantum physics, which allowed him to rock not one but four conversations with Einstein where he held that ‘reality was not reality but perception not individual perception but perception of humanity as a whole’.

Einstein apparently bleated on about believing that Pythagorean truth is independent of man, but according to all the Indians who commented on their debates, Tagore trumped Einstein’s science with his roundabout tat tvam asi philosophy and caused Einstein’s head to spin. It is not known if they came to blows but Einstein went and created the atomic bomb.

In Bangalore, we already have truth of the Universal man.

No one’s here telling us what to do.

We are not a city with an intolerant and orthodox society. We don’t have larger-than-life political leaders like those that have plagued Chennai, Mumbai and Hyderabad. Being cosmopolitan, we don’t have a dominant linguistic or ethnic community and this allows each of us our identity. And we have traffic police lenient enough to keep us from order and discipline.

We do as we like in the city. Even when we tell the usual white lies that we have learned from the Mahabaratha, we are not lying through our teeth. We merely express our perception of reality.

For example, “I will complete the job by 5pm” brings so many questions to debate.

First, 5pm is 5pm only because you choose to perceive a clock. Next, what is “job”? Tell me what it is not and I will decide what it is. And now that we have established there is no such thing as “job”, what is it that you want me to complete? And what in the order of humanity or heavens is ever complete?

To live without accountability is the ultimate liberation.

Most of us talentless, unattractive working schlubs think that such a lifestyle is the preserve of the ultra-wealthy, but you only need to look at three minutes of Bangalore traffic to realise that we are happy camper’ing the crap out of life. No can make us what we are not.

Because we are what we are.

And I’m singing that lovely ditty from Popeye that I learned as a little boy. It goes something like this: