Home | Bangalore | Business | Vex And The City | The Bangalorean Protest or Is It Time For That Brew Yet?

The Bangalorean Protest or Is It Time For That Brew Yet? 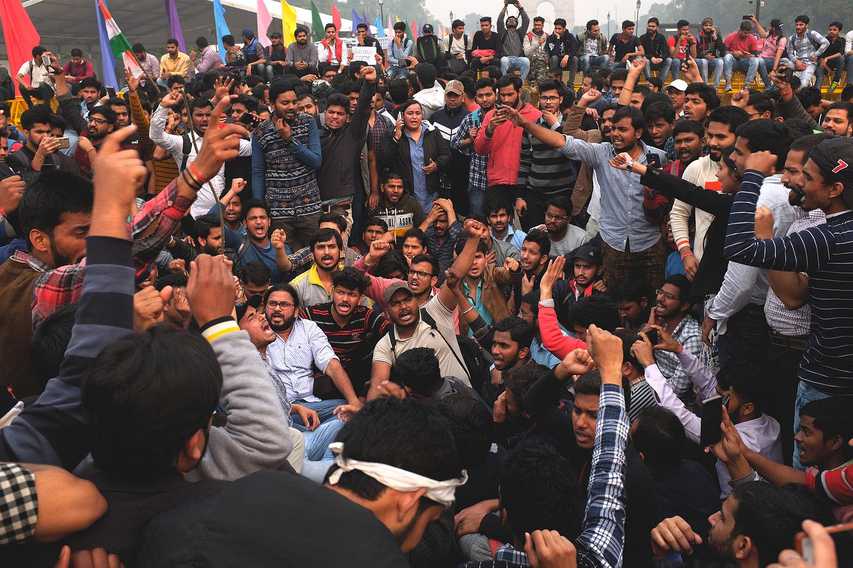 This article was first published in Feb 2016

When the rupee had hit 62 some weeks earlier, people didn't seem to care much. But the consequences of a weak rupee had visited many Bangaloreans and this time, people were concerned.

Of course, someone - typically, politicians or NGOs or someone as venal - had to jump on the issue right away and "own" it. In Bangalore, there was a lot of social media chatter calling for public participation in a movement to save the rupee.

The issue got viral and the people had views.

Some folks thought that they could save the rupee if they did not drive their cars for one day in the week.

They felt such a move would reduce the demand for petrol and this would lower the import bill. And that in turn would reduce foreign exchange outflows and that would shore up the value of the rupee.

Someone else made a "clarion call" to everyone to stop buying gold for the same reasons. Import less gold. Reduce demand for the dollar. Save rupee.

I wanted to say, "WTF, dude" to someone.

So I called one of the most vocal of those who was posting things hard and fast. I asked him why we should stop importing oil.

"To save the rupee."

"From depreciating in value," he replied.

"Why do we need a strong rupee?" I asked.

Dude: "So our oil imports become cheaper and we can afford more oil," he replied.

Me: "But if we imported more oil wouldn't we get back to where we are now?"

Dude: "That’s not the point. I think we must have a strong rupee."

Me: "But a strong rupee might make our exports uncompetitive...?"

Dude: "Maybe, but it's also a matter of national pride."

Obviously, this was the end of all rational conversation.

But I marvelled at how public opinion - which was one of apathy toward the value of the rupee only a few weeks before - had suddenly turned into a trending topic of the moment and people were ready to stall traffic on MG Road in protest.

In the time that had lapsed since my initial conversation with him, I had not heard of a single Bangalorean not driving on one day of the week or not buying gold.

So I called the vocal gentleman and asked him if he had followed his own advice. He said he hadn't. He explained that he did not want to be the only one not driving on one day and these things would work only if "everyone collectively followed it".

For example, we held hands around Ulsoor Lake because we found large numbers of dead fish in the water. Never mind that the fish died from causes other than poor lake maintenance. We drew attention to the lake and before long they were dredging it and now it’s cleaner than it ever has been.

Another time, we held hands and walked down the length of MG Road in a general show of support against smoking. Most of the celebs in the march, some of them my friends, were all smokers. But that wasn't the point.

When BPAC was set up, there was a flurry of tweets in support and everyone was exhorting everyone else to vote in a show of citizenship.

We marched in an "Ekta movement" - which I learned later was not in support of a TV soap opera producer.

We Bangaloreans are quick to the march. And we appear to have a healthy per capita public involvement in issues that concern the big picture. Variously, we have gathered on Sunday mornings to demonstrate support for - or opposition to - one cause or another.

We form committees and parcel out tasks to its members. Never mind that usually, following an initial show of support, the cause dissipates into the wind, committees are disbanded and agendas are forgotten.

And that is not a big surprise because I have always believed that individualism trumps collectivism – especially in a culture such as ours, where usually it is every man to himself.

But still, lurking inside the "what's in it for me" Bangalorean is a social animal, educated in the western ideals of social equity, wanting to show he cares and believing that "someone should do something about it".

The trouble is we don't know who.

And despite being the smartest people in the room, the larger trouble is that we never quite seem to know why.

Often, when I want to  make sense of something, I turn to the absurd. Because nonsense is corollary to sense.

I have this vision of a bunch of angry people upset by the falling rupee, marching down MG Road, chanting "US dollar down! down!"

Many years ago in London, a few of my pals (led by a chap who was the son of a British minister) asked me to join them in a unique "irony protest" in Hyde Park.

These were the signs we carried.

"Protests suck!"
"We apologise for this sign!"
"Never mind!"
"Down with this sort of thing!"

And in the ultimate remonstration, "I could use a tortilla right about now!"