The popularity of the Avarekai Mela (a festival that celebrates the avarekai bean known variously as val bean, hyacinth bean, fava bean or, simply though eloquently, “Bangalore bean”) has not waned in the two decades of its existence.

This year, the festival will close on Sunday, 26 January 2020. According to the organisers, the festival, in its 20th year, has already been a success and is expected to close with over 250,000 people having visited. The festival will also be held at RT Nagar in the HMT grounds. Also in the works is an extension of the festival into HSR Layout.

The mela (festival) was the invention of the owners of Vasavi Condiments, a popular store located at the Sajjan Rao circle, notably Geetha Shivakumar (who has served as the spokesperson of the festival). This year, her daughter Swathi KS, 28, spoke to Explocity, the flat beans mela having passed on to the next generation.

Swathi, an MBA and former employee of the financial firm Ernst & Young, chose to give up her job and come home to roost in the family business, a move she said “eventually turned out to be the right one.”

Speaking about the festival, Swathi said, “Earlier it was just our employees. This area was just barren land. The reason we started is because the farmers used to bring the kaalu (beans) to sell here. The beans not sold were wasted, thrown away that is. So we came up with this to stop wastage. Farmers reduced ragi farming to focus on averekai for the mela. They get a good price for their crop and direct to customers.” Farmers from Magadi, Kanakpura, Kolar and Chintamani and other places take part in the festival.

On the days of the festival Market Street (also called Food Street) in VV Puram is busy, lined cheek by jowl with stall making a variety of dishes using averekai as the main ingredient. Dishes made of avarekai include hidukida bele payasa, mosaru kodbale, avarekai sambhar, masala vada, avarekai sohan papdi, honey jalebi and jamoons among more than 40 items. Popular dishes like the mixture keeps for about a year.

A few years ago, Explocity contributed to the menu by asking famous Bangalore chef, Rana Gomes to create something with avarekai. Gomes created a pizza. Watch the video. 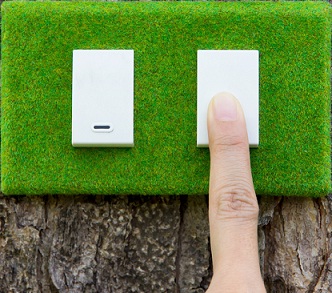 Bangalore To Switch Off For Earth Hour Today

Bangalore To Switch Off For Earth Hour Today
Would you like to submit your article to us or write for us? Click here and tell us about yourself.