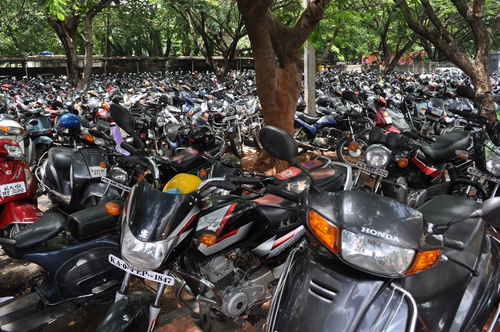 According to the transport department there are as many as five million vehicles plying in Bangalore. This includes 3 million two wheelers and one million cars.

However, the former transport commissioner Bhaskar Rao said that the the statistics cannot be entirely correct. He said that while there may well be more than 5 million vehicles, a large number of them would be scrapped or off the road.

According to Rao, vehicle owners seldom inform the authorities when a vehicle has been scrapped or not used for a very long time.

Commercial vehicles on the other hand, are easy to monitor because it is mandatory for owners to obtain a fitness certificate every year.