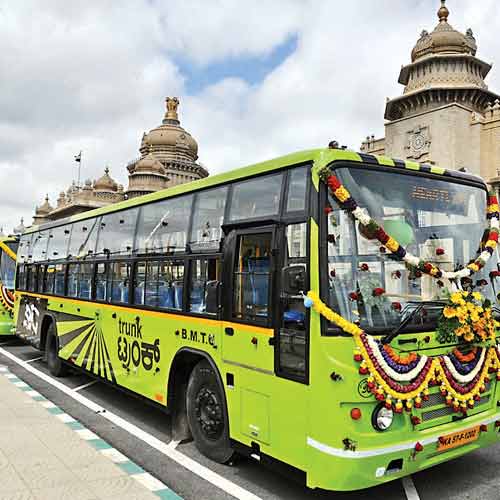 In a move that is aimed at reducing the city's burgeoning traffic and also to encourage public transport, Chief Minister Siddaramaiah has proposed adding 2500 buses to Bangalore's present fleet. The chief minister has also proposed adding an additional 4164 buses across Karnataka.

Siddaramaiah explained that Bangalore's population has been growing steadily and hence the city needs more buses. He added that Rs 2819 crore are required for the procurement of buses and for the provision of infrastructure and had proposed that the central government allocate half of the amount sought by the Karnataka government.