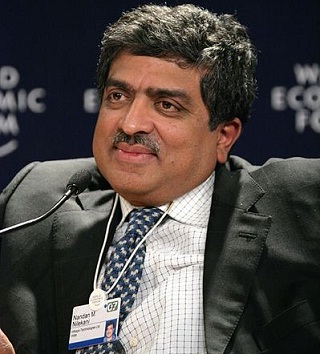 Former Infosys CEO and present chairman of UIDAI (Unique Identification Authority of India - which issues the Aadhaar cards), Nandan Nilekani will contest for the lok sabha elections from the prestigious Bangalore South constituency. The 58 year old Nilekani will be up against a formidable rival in the form of the sitting candidate, BJP's Ananth Kumar. Expressing little concern over the fact that Kumar has won from the same constituency five times consecutively, Nilekani simply said that it was time for Kumar to "go".

Keeping with the IT 'superboss' image, Nilekani has launched a campaign online, leveraging Google, Youtube and Facebook to promote his plans for a "better Bangalore", even before it was formally announced that he would be chosen by Congress for the elections.