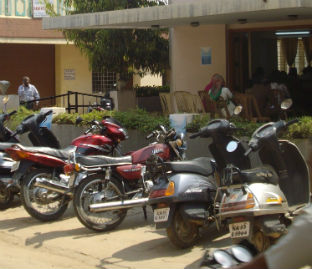 City traffic police advises motorists to file a complaint against illegal pay and park operators, instead of getting into an argument with them.

Despite the civic agency scrapping paid parking on roads (except Brigade Road and Commercial Street) in 2005, a lone operator on Church Street demanding money from motorists was reported last month. The issue was also raised by Lokayukta Justice Bhaskar Rao, following a check on important roads.

Even though phone numbers were displayed for motorists to contact in case they were asked to pay up by illegal attendants at parking lots, unscrupulous attendants incidentally erased the numbers and traffic police largely ignored the problem. Now, however, they are willing to register complaints.

B Dayananda, additional commissioner of police (traffic), said, "Pay and park system was banned by Bruhat Bangalore Mahanagara Palike (BBMP) in 2005, but it is being reported in the press that parking fees is being collected in many places. There is no fee for parking vehicles on roads. Some malls, multiplexes and merchants association have fixed fees for parking. That is allowed, but if anyone else demands parking fees, motorists can file a complaint at the jurisdictional police station."