Home | Bangalore In Pictures | Domestic Workers On Strike Till July 31? 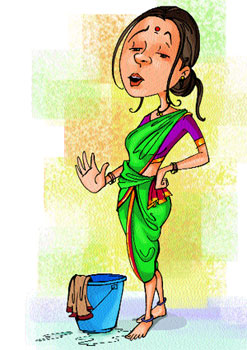 Don't be surprised if your domestic help does not come to work from today. Starting today, domestic workers are on a strike in Bangalore.

The National Platform for Domestic Workers (NPDW) has called the nationwide strike from June 15 and rally to Delhi by July 31, demanding legislation to regulate employment and set up a board to oversee conditions of work and provide social protection.

On June 15, the unions and organisations are rallying from Banappa Park to Town Hall.