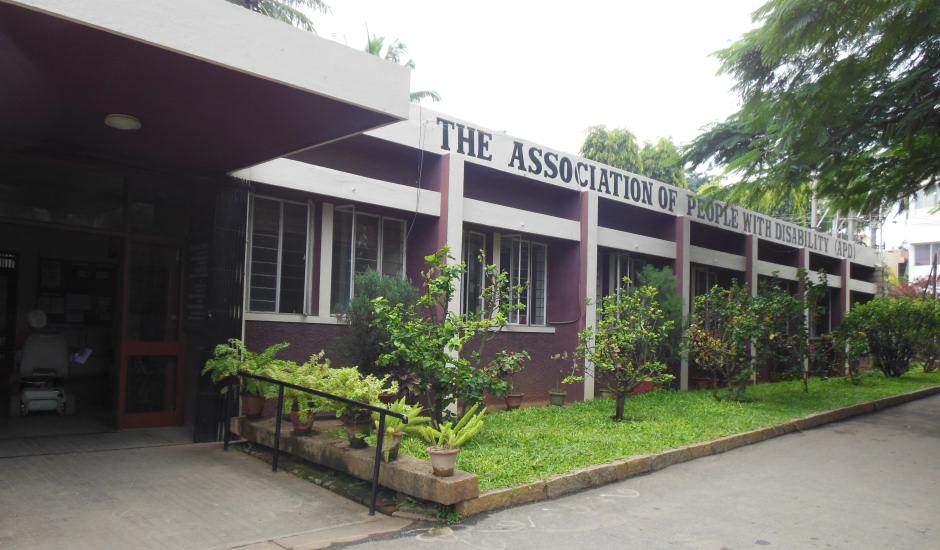 An average of 8 differently abled people walk into the Association of People with Disability seeking help everyday, and the organisation continues to empower them.

Fifteen years ago, on a sunny Bangalore afternoon, editors from this magazine met the General Manager at The Oberoi over lunch. They caught sight of a large quantity of left over gourmet food at the hotel’s buffet, and wondered what the hotel did with it. Owing to their quality standards, the food cannot be re-served later, said the General Manager.

At that time, the editors suggested that the food be sent to the Association of People with Disability, who at that time were looking for food sponsors. To this day, the tradition continues, and The Oberoi sends hot meals for as many as 20 students at the NGO.

Started in 1973 by Bangalore-based Hema Iyengar, the Association of People with Disability has been providing education and livelihood for the differently abled people across the state of Karnataka. The organisation’s website quotes a study by UNESCO that has revealed that 90% of children with disabilities in developing countries do not attend school. To do its part in rectifying the problem, APD has crafted a system by which it educates and prepares differently abled children who would someday join mainstream institutions.

Shradhanjali Integrated School (SIS), the institution for children with severe and multiple disabilities, cerebral palsy and hearing impairment, also teaches a substantial number of those without disabilities. Using visual aids and computers, the staff trains 180 students in classes from kindergarten through Std.VII, under the regular state SSLC curriculum.

“People don’t understand the minds and capabilities of those with disabilities,” says Gopinath, Director, APD. “Pity, sympathy and negligence is all they can manage. What use is that?” he asks.

The APD website quotes the example of Hemanth, who was born with cerebral palsy. His father supports the family by selling snacks from a pushcart. Hemanth found it impossible to cope in a regular school and was put in Shradhanjali International School by his mother. With individual attention and physiotherapy, the boy’s physical coordination and communications got better. After spending 4 years in SIS, Hemanth joined a mainstream school for higher education.

“We work towards enabling people with disability lead normal, independent lives. We can’t support them forever. So we raise them to become confident, educated individuals who can take care of themselves,” Gopinath adds.

“We do not run a charitable organisation. We still encourage our students to bring their own lunch and provide funds so that they can get their own place to live,” says Hema Iyengar, founder of APD and a woman in a wheelchair herself.

The organisation also provides professional training for students in electronics, mechanical engineering, information technology and physiotheraphy. The career and placements cell at APD achieves over 700 placements annually in companies including Infosys, IBM and Goldman Sachs.