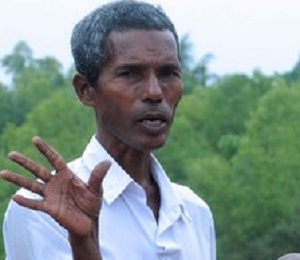 Harekala Hajabba, from Dakshina Kannada district, is a fruit vendor who built a school in his village with the help of his meagre earnings. Today, he is one among the 58 to win the Karanataka Rajyotsava award, 2013.

Unlike selections in the past, the list of awardees announced on Wednesday is unique. The common man who achieved something remarkable has made it to the list. And so have several from the Ahinda category of backward classes, dalits and minorities whom, Mr Siddaramaiah considered, his potential support base.

A panel headed by Jnanpeeth award winner, U.R. Ananthamurthy selected the nominees from 2,500 applications received by the government. Chief Minister Siddaramaiah will present the awards to the winners when Karnataka celebrates its 58th state formation day on November 1.