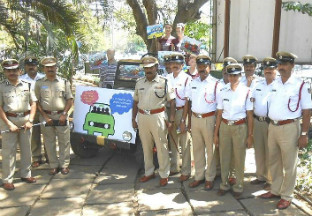 In view of the shortage of police personnel in Bangalore City, the State government has decided to utilise the services of Home Guards for traffic and beat policing.

A decision was taken to increase daily wages of Home Guards from Rs 200 to Rs 300 a day.

Home Minister KJ George, who chaired a high-level meeting of senior police officers on Thursday, told the media, the city’s civil police strength was around 10,000 against the sanctioned 12,700. The number of Home Guards to be roped in would be decided by a committee headed by Home Department Additional Chief Secretary SK Pattanayak, he said.

The process for recruitment of 8,000 police vacancies in the state has begun. The Finance Department approved a proposal submitted by the Home Department for filling vacancies, and a majority of them are constables. No police recruitment has been conducted during the last three years, Mr. George said.

The meeting, which was attended by Director-General and Inspector-General of Police Lalrokhuma Pachau and Bangalore Police Commissioner Raghavendra H. Auradkar, approved the action plan for implementation of the mega city project in the city.

Mr. Auradkar said community policing would address issues related to women, senior citizens, minors and issue of FIR copies, domestic help verification certificates. A community resource centre would be set up to enable citizens to avail themselves of services from police stations. The Sakala scheme also covered a number of Home Department’s services, he said.