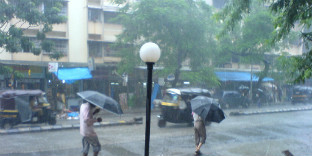 It's official, Karnataka is drought-free. With heavy rains this year, the two year drought-period comes to an end.

Karnataka had witnessed 70 percent of its area being drought-hit. The state government, having declared 142 of the 176 taluks as drought-affected, had sought Rs 4,500 crore relief from the Centre.

However, the Drought Monitoring Cell is now shoing drought in less than 13 per cent, while 14 per cent is seen as abnormally dry, in the state.

15 major dams, including Almatti dam across Krishna in Bagalkot district, are on high alert. While three others are on alert warning. The State Water Resources Department mentioned 55 small and medium sized dams received 100% of their storage capacity.

Bangalore and Mysore can cheer as storage level in the Krishnaraja Sagara (KRS) Dam is set to touch maximum 124 ft following good rains in the catchment areas of Cauvery in Kodagu.

This turn of events will help Karnataka's water commitment to Tamil Nadu. Karnataka has to release about 194 tmc of water to Tamil Nadu by the end of monsoon and has so far released about 34 tmc.

- All dams in state receive 80% to 100% of their total water storage capacity.

- Rainfall for last quarter of 2011 lowest in north interior Karnataka since 1970.