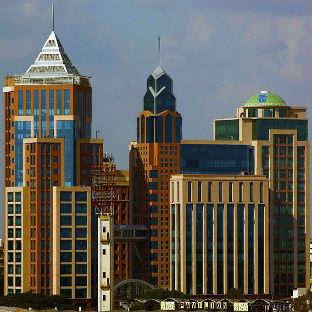 Drinks giant Diageo took control of United Spirits (USL) with the world's most valued liquor company sealing a 25% stake purchase for $870 million, or Rs 5,236 crore. The deal effectively ends Vijay Mallya's reign over a family enterprise, founded by his father, which controls more than 40% share of the domestic branded spirits sales.

Diageo, maker of Johnnie Walker and Smirnoff, has mopped up less than half of what it had sought to purchase when it struck the deal eight months ago. The London-listed company had hoped to buy 53.4% stake for $2.1 billion, but a failed open offer and a standoff with the lenders of Mallya's grounded Kingfisher Airlines saw it mop up just 25%. Mallya, who remains chairman of USL, will keep 11% stake, significantly lesser than the originally envisaged 14.9%.

On Thursday, Diageo acquired a 14.98% stake in United Spirits for Rs 3,135 crore ($521 million). Before this, in May, it had acquired a 10% stake through a preferential allotment for Rs 2,093 crore ($348 million). Diageo garnered an abysmal 0.44% through the open after the USL stock rallied past the offer price of Rs 1,440. The stock has soared 120% since the deal announcement in November last year to reach life-time high of Rs 2,605 a month ago. It climbed up 1.7% to close at Rs 2,556 in Mumbai trade on Thursday. Standard Chartered, JM Financial and Bank of America advised on the deal.

But industry observers, and a section of the analyst commentary, said Diageo could face a bumpy ride before settling in an over regulated and complex market. "The transitioning of Diageo will be interesting. A portfolio review of volume brands low on profits and operational improvement initiatives, especially on supply-side, may lead to one-time write-offs in the coming quarters, which the current run-away stock price needs to factor in," said Sanjay Jain, director at Taj Capital, a New Delhi based investment advisory.