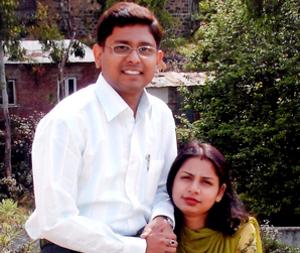 Satish Kumar Gupta used to be a human resource manager with Infosys. In 2010, he was arrested under the charge of murdering his wife. He is currently under trial and living in the Parappana Agrahara central prison. But inside the walls of the prison, Gupta is more than a murder suspect. He is also a teacher.

Gupta has so far helped 19 inmates graduate in various streams in three years. He trains them in communicative English, mental aptitude, mathematics, general knowledge and reasoning ability. Four of his students will write the MBA entrance tests on Sunday.

His dream is to prepare the inmates for the corporate world.

"He has been a guiding force to inmates pursuing higher education," an inmate said. "So far, many have passed their degree exams solely because of his tuitions. He is rigorously training four people now for the MBA entrance exams, we hope they will make it." Gupta's case is still being heard, so his guilt is not established and consequently, any quantum of punishment is not known. But if he is punished, he could get a year or two of remission from the ADGP (prisons), for good behaviour.

He does his training in two sessions. While the first concentrates on the approach to be adopted -- which Gupta reportedly calls ''all important'' for any exam - the second session deals with the respective subjects. "He has been a great motivation to those pursuing their education, besides the prison officials. While officials take care of formalities, he is the one actually making it happen by preparing those inside for exams academically. He puts a lot of effort and prepares inmates. He is doing it despite his multiple ailments including muscular pain, hypertension and blurring of vision," another inmate said.

Gupta is currently teaching 42 inmates in three batches pursuing various courses. ''He has been delivering lectures everyday to prisoner students. He has specialised in some subjects and trains inmates extensively in them. He is impressive and students here like him," said H V Veerendra Simha, prison chief superintendent. "The department has been extremely supportive to those pursuing higher education. We have around 30,000 books in our library and the prisoner students are making use of it. A separate education facility is created for them where they carry out their studies."

"We encourage everybody to pursue higher education. We are paying the fees for the courses they want to pursue. Anybody inside who is well qualified is supported to teach other inmates. As they are preoccupied in teaching and imparting academic skills, they are preoccupied throughout and it leads to transformation,'' K V Gagandeep, ADGP (Prisons) said.