Home | Bangalore In Pictures | No respect for quiet zones near hospitals 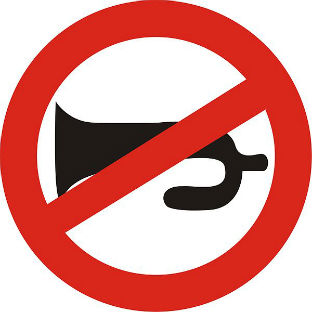 Doctors at hospitals say the rate of patient recovery has been going down, thanks to the rising sound levels from vehicles. The noise level is no less than 80-90 decibels around hospitals. This is much higher than the stipulated 50 decibels. A perimeter of 100 metres around any school, hospital or court is considered a ‘silent zone’. Motorists, however, hardly heed the rule, and flagrantly honk even in these zones.

Dr Mudit Saxena, COO, HCG Cancer Care Hospital, said the condition of a few patients had worsened due to shrill sounds whereas most of them showed symptoms of hypertension.

“Patients are in a state of mild depression because of the illness. The loud sound only leads to more restlessness, causing sleep disorders,” he added, suggesting that the best way would be to use asbestos and sound-absorbing materials in hospital buildings.

Dr Ajit Benedict Royan, the VP of Hosmat Hospital, said motorists pay no regard to ‘No Honking’ boards outside hospitals.

“If sound levels are above the permissible limit, patients will certainly be irritated. As a result, they get agitated and their blood pressure levels are likely to go up, leading to further complications,” he explained.

The Additional Commissioner of Police (Traffic and Security), B Dayananda, said that motorists honking in prohibited zones were being fined Rs 100 each. “We also have launched campaigns such as ‘I won’t Honk’ drive, where people pledge not to sound the horn unless necessary,” he said.