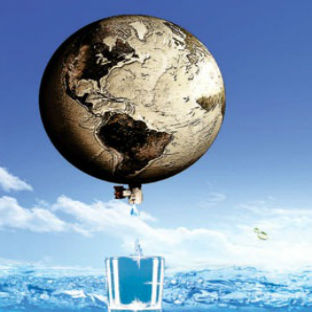 The state government has devised a special committee to explore potential water sources that can be tapped as alternatives of drinking water for the city. A report is likely to be submitted in a few days.

A member of the committee said, “Most of our work will be complete with the visit to Jog Falls this weekend. We have already started typing and editing the report. We are likely to submit it (to the government) this month.”

The committee is running under the chairmanship of former Bangalore Water Supply and Sewerage Board (BWSSB) chairman H N Thyagaraja to find alternative sources of drinking water for the city in 2010.

The committee has reportedly felt that at least 700 million litres day (MLD) of water can be obtained by treating the sewage generated in the city.

-Seeking an additional allocation of 10 tmcft water from the Cauvery Water Disputes Tribunal as Cauvery river is the nearest perennial water source. According to the committee, if the tribunal agrees to grant 10 tmcft, it will be sufficient till 2030.

-Constructing a barrage across a river which flows into the sea at the Kerala coast and pumping its water to Cauvery river near Kodagu which will in turn be passed to the city from Torekadanahalli.

-Pumping Hemavathi river water from a collection point near Kunigal to the T G Halli reservoir and supplying it to the city.

Before making the above mentioned recommendations, the committee explored various possibilities, including pumping Krishna water from Almatti dam.