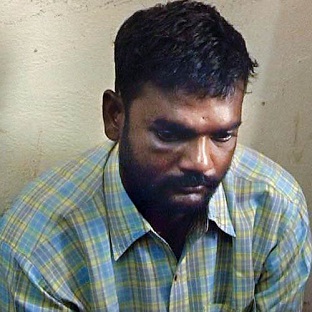 The Bangalore police are on high alert and have been relentlessly trying to track down the whereabouts of serial rapist and murderer Jaishankar.

Jaishankar escaped from the Parapanna Agrahara jail early on Sunday and the police haven't provided any concrete answers on how, thus giving room to theories of an 'insider's hand' in Jaishankar's escape.

The escapee has a large number of rape, murder and kidnapping cases against him and a red alert has been issued to all police stations and have urged working women to be cautious.