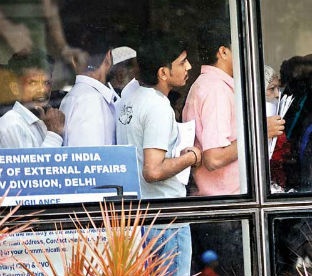 A Passport Mela was organised at Passport Seva Kendra (PSK) in Lalbagh Road and Marathahalli on Saturday. The mela was organised to help speed up the application process for acquiring passports, which there has been a high demand for.

Applicants under normal category were allowed to apply in the mela while the Tatkal based on verification certificates/Annexure ‘F’ and Walk-in applicants were not allowed.

Since all the applicants had come after taking appointments, they can easily keep a track of their passport by checking the status online using their ARN by logging on to www.passportindia.gov.in.