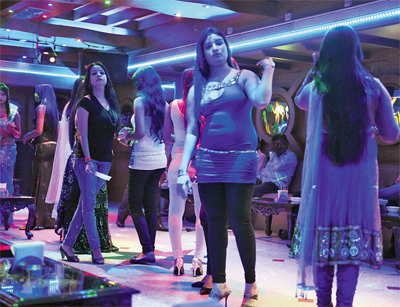 The city’s pub and restaurant owners say the police are not allowing them to employ women despite the high court giving them a 90-day deadline to implement the guidelines set by the state government. They have also accused the police of raiding the premises for frivolous reasons, causing them severe losses.

Working Women Bar and Restaurant Owners Association vice-president Jeevan told Mirror, “We have got 90 days’ permission from the high court, but the cops are conducting raids and barring us from opening the outfits. They are officially not communicating, but Commissioner of Police Raghavendra Auradkar has issued a memo to his subordinates on the issue. I have seen the notice, but the police officers are scared to give us a copy.”

On allegations of their involvement in human trafficking and flesh trade, Jeevan said, “We have installed CCTVs in all the bars. If the police can prove any of the allegations, they are welcome to take action against us. But they should stop harassing us needlessly.”

The owners, on their part, say they are ready to follow all the guidelines set by the Supreme Court while employing women in bars. But they say some of the state’s government’s directives are “practically impossible to be followed”.

“At least nine things mentioned by the government are wrong. The police say only girls aged above 21 years should be employed in bars. This is against human rights because everywhere in the world women above 18 are allowed to work,” said Jeevan.

Jeevan says the police have asked to be alerted about rowdies and anti-social elements. Calling the move ludicrous, Jeevan said, “How can we find out if a customer is rowdy or good natured. They are asking us to have the CCTV recordings stored for three months, but most hard disks can save only up to 30 days. We have also agreed to submit the recordings every day, but they are not ready to listen.”

Responding to the charges, police commissioner Raghavendra Auradkar said, “We have not asked them to close the bars or not to employ women, but we are asking them to follow the guidelines. We are not here for a debate. Our intention is to strictly implement law and order.”

The bar girls, meanwhile, say, they are struggling to earn livelihood. A girl, seeking anonymity said, “For the last three weeks, we are unemployed. With such strict guidelines, we have become a burden for our employers. We are not prostitutes. We serve liquor and earn money and I request the police to allow us to work.”