Home | Bangalore In Pictures | Rupee plunges to 65 against the dollar 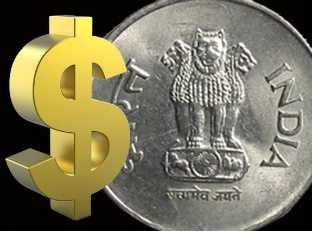 The rupee, on Thursday, took a plunged by 89 paise, hitting a new record low of 65 against the US dollar. In early trade on the Interbank Foreign Exchange market, there is a heavy demand for the US currency from banks and importers amid a weak opening in the domestic equity market.

Besides, dollar's strength against major currencies overseas, after the Federal Reserve's minutes of its last policy meeting, released on Wednesday, indicated the central bank was committed to scaling back its asset-buying programme weighed on the domestic currency, dealers said.

They said weak domestic fundamentals such as large current account deficit and continued capital outflows too put pressure on the rupee.