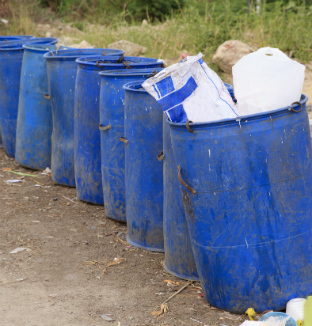 Get ready to pay a fine of Rs 1000 or get locked up in prison (or both), if you fail to segregate dry and wet waste at home. Bangaloreans have five chances to get it right.

This Thursday, the state government introduced the Karnataka Municipal Corporations (Amendment) Bill, 2013, to penalize people who do not segregate waste. This also applies to those who litter, spit, urinate or defecate in the open.

The bill mentions that Bangalore's solid waste generated in all corporation areas is very high. "This solid waste has to be disposed of in a scientific manner, and as per the guidelines prescribed in Solid Waste (Handling and Management) Rules, 2000."

The Karnataka Municipal Corporations (Amendment) Bill, 2013, also entails that it will be the responsibility of the civic bodies to remove obstructions and projections on streets, bridges and other public places that figure in the 1976 Act.