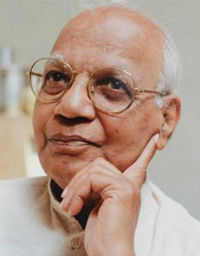 Writer, poet and professor, Dr G S Shivarudrappa, fondly known as GSS passed away on Monday at his residence in Banashankari. He was 87. He is survived by his wife, two sons and a daughter.

The poet laureate had been ailing for sometime. “I have lived my life to the fullest. I don’t want to be put on a life-support system,” he had told his family members.

Chief Minister Siddaramaiah, who laid a wreath on the mortal remains of GSS, said it was an ‘irreparable loss’ to the state and Kannada literary world. He announced a two-day state mourning from Monday as a mark of respect to the poet. The state government announced a holiday for all schools, colleges and government offices on Tuesday. Banks too will remain closed, as the order has been passed under the Negotiable Instruments Act.