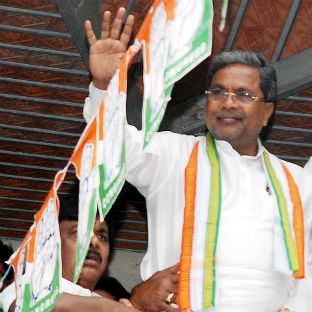 On Saturday, Karnataka Chief Minister Siddaramaiah will form his government.

The swearing-in ceremony will happen in the Raj Bhavan Glass House at 10:30am, where he will most likely induct 22 ministers in the first instalment and keep the remaining posts for a later date.

Although initial reports suggested that the ceremony would be held on Friday, it has been postponed as Mr. Siddaramaiah’s consultations with the party high command did not conclude as expected by Thursday evening.

Mr. Siddaramaiah, who announced in Delhi that the oath-taking ceremony would be held on Saturday, is likely to return to Bangalore by Friday morning after a final round of discussions with AICC president Sonia Gandhi and vice-president Rahul Gandhi.