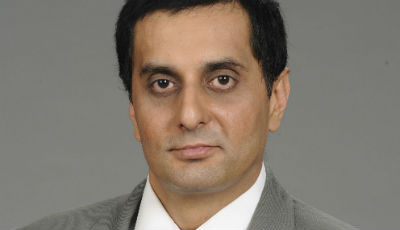 Tracking and monitoring your child’s school bus. Peace of mind for parents all over India, from Bangalore-based IT company Magnasoft Northstar

During his years as a student at Bishop Cotton Boys’ School, Kunal Ashar walked to school. It was considered a safe thing to do back then.
Some of his classmates, from other parts of town bicycled to BCBC, and it was exciting for them. It was also safe since there wasn’t much traffic on the roads and Bangalorean parents felt comfortable letting their children out alone on the streets.

Today, nine out of every 1,00,000 children are killed in transportation-related incidents in India. A child is injured or killed in a road accident every 5 minutes. It’s a grizzly reality and parents are afraid each morning, until their child comes home in the evening.

When Ashar, Head of Product Development Division, Magnasoft Northstar, returned to Bangalore from the US in 2009, the small, quaint town he remembered in had turned into a huge, bustling, unmanageable megalopolis.
He recollects, “I was appalled at the city’s terrible traffic conditions and utter disregard for road safety. We (the founders of Northstar) have young, school-going children who take buses to school. We noticed that school buses weren't really monitored. Parents and their kids had to wait at bus stops for unpredictable amounts of time.”

Not to mention being exposed to the weather, pollution and other factors.
In the US, there are strict laws governing school busses and traffic has to come to a stop on either side of the street until the children have crossed the road. It’s a law that everyone obeys.

Not so in India, where Ashar noticed how badly bus drivers drove in Bangalore and how unsafe their buses were. “That’s when we decided to create a service that would give parents peace-of-mind and would allow schools to monitor their buses and the children who rode them.”

That's how Northstar was born. They began research on school bus safety in June 2009 and implemented a bare-bones solution in four months. Northstar went live nationwide in early 2011.

The company has created a cloud-based solution that communicates with servers every 10 seconds and automatically sends alerts and notifications to parents via SMS, 10 minutes before their child’s bus is scheduled to arrive.
This cuts down on the waiting time and helps school bus fleet owners improve their transportation efficiencies.

If a child does not get on the school bus, or gets off at the wrong stop, Northstar automatically alerts the parents and the school by SMS. They also provide live CCTV in buses to deter potential child molesters from targeting the children on board.

Several schools including Sishya School, Freedom International, Oakridge, Legacy, etc have CCTVs fitted in their buses. Northstar has a full-fledged, in-house manned Command Center, the equivalent of a police control room, where trained safety personnel monitor the safety of children and buses at all times. They also proactively help improve the driving habits of school bus drivers by providing a ‘Driver Merit System’ that assesses and ranks the best drivers of a school, and regularly awards them for driving safety.

It’s pretty sophisticated. A main transmiter ‘black box’ fitted under the bus’s dashboard is connected to the battery and runs independently from that point onwards. Even if it’s disconnected from the bus battery, the black box continues working without external power for up to eight hours.

Northstar is already working with 67 schools in India and safeguarding over 35,000 students. Fast gaining traction in Delhi, Chandigarh, Andhra Pradesh and Tamil Nadu, Northstar has been implemented at The Ashram in Chennai (run by Mrs. Rajnikanth), The Gurukul and Delhi Public School (DPS).

And its heartening to know that Bangalore is one of its bigger and more progressive markets with schools like Deens Academy, Indus International, Legacy School and Baldwins opting for the service.

Northstar is beginning to explore and serve international markets such as Australia and the Middle East, and plans to expand to North America and South East Asia as well.

For the Indian market, the monthly cost of Northstar’s service ranges between Rs 100 – Rs 180 per child depending on the package.  Ashar explains, “We wanted to make sure that no parent/child is left behind in terms of safety, and that's why we think that an amount of Rs 5 per child per day is an insignificant amount in return for the parent's peace of mind about his/her child's location and safety.”