Home | Bangalore In Pictures | What Bangaloreans Know About Republic Day 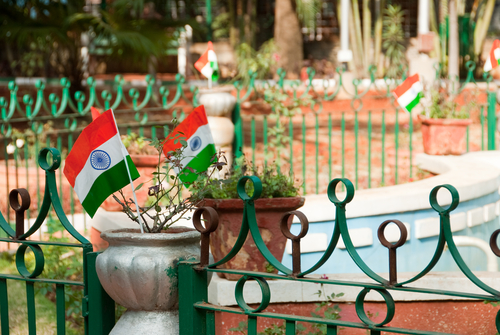 January 26, 2014 is India's 64th Republic Day. For those who haven't 'wikipediad' it, it is the day when the constitution was passed and we progressed to a democratic system which enabled the people to elect their representatives in the government.

Explocity sought opinions, views and points that Bangaloreans had about the day.

Krishna Rao, an MBA graduate said, "India got independence on Republic Day." On being asked what we celebrate on August 15 (Independence Day), Rao gave a thoughtful pose and then said, "Oh yeah... Is it Mahatma Gandhi's death anniversary then?" An honest mistake we presumed, with Martyr's Day just five days ahead and moved on.

With smartphones come smart people. Sumit Saurabh, a business analyst with a leading technology company asked us to wait while he "checked an important mail from his boss" on his phone and then said, "Republic Day honours when the Constitution of India came into force, replacing the Government of India Act." Yes. That's what wikipedia says. "But what does it actually mean to be a republic?" we asked. Saurabh, (a little irritated) said, "We became a republican country on this day."

Sharanya Shankar, a media sales coordinator said, "I think our independence was formalised on that day." We seemed to have provoked her into deep thought as she phased out for a while and then rewrote history by letting us know that, "We got independence in 1947. But I think we became a republic much before that."

For some reason, most Bangaloreans seem to believe that while India celebrates Independence day on August 15, it wasn't until Republic Day that we got independence. Most don't seem to be able to describe what it means to be a republic.

Ignorance wasn't exactly the order of the day though. Rajkumar V, a sales executive with an IT services company explained that is is the day when our "samvidhaan" (constitution) was passed.

Prarthana Appaiah, a web developer went on to explain that Dr BR Ambedkar drafted our constitution which was formally implemented on Republic Day. She also explained that we invite a head of state of another country as a special guest for the parade.

Our 64th Republic Day beckons. Politicians are gearing up for their customary flag hoisting, salutes and parades. Working professionals are ruing the fact that "we've lost a holiday". There are mixed feelings galore about the day. The theoretical answer is available on the net. But do we really know what it means to be a republic?

(Some names have been changed)