Home | Bangalore In Pictures | City Students Get Recognition From NASA 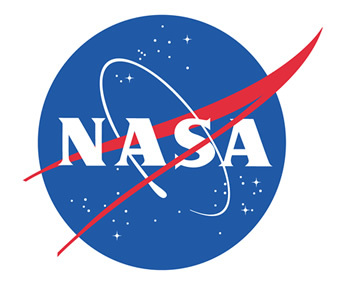 NASA posed a question to all the 12th standard students around the world - what happens during a  nuclear holocaust, an Armageddon? What if mankind could prepare for Apocalypse?

Students of Sri Chaitanya Techno School in the city have responded by drawing up detailed plans of a sort of Noah's Ark, a settlement in which man can live and thrive. The 207-page blueprint is so detailed and precise that NASA has judged it the second best project in the world.

The students have named their colony 'Nea Zoi Space Settlement'. It does resemble a sci-fi movie and seemingly defies the realms of science, but the students insist that it is not mere fiction. From 'inventing' gravity to providing for man's basic needs to a thriving economy, transport and communication, the students have devised ways to deal with every situation.

For food, the students have devised a plan to grow plants through a technique called aeroponics (through supply of essential nutrition to the plants at the right levels in the form of mist directly at their root) and plant hybridisation (for higher yields by production of new species of crops).

What about oxygen and water? The students have proposed oxygen generation through various processes like using by-products of the lunar mining industry to generate oxygen to algae culture. The water would be sourced through raw materials mined from the moon by extracting hydrogen and oxygen molecules.

Nea Zoi, spread over more than 119 crore sq mts, will rest on a base made of carbon fibre and will support a population of 15 crore . The colony will be located at L4 and L5 (points that lie on the orbit of the earth around the sun which when joined with the point of the sun with a line, would make an angle measuring 60 degrees with the radius of the earth from the sun. These points lie on vertically opposite quadrants of the circle). They are the two most stable orbits.

"Since a straight line can be drawn from the earth and the settlement, communications would be easier even with the presence of gravitational lensing," said Aayush Basavesh, who worked on the project and who has completed his Std X. Jyothi Kishore, a Std X student, revealed it would take 33 years to build. "It is economically feasible as it saves huge wealth that could be used to construct other space facilities."

Dr BS Rao, founder chairman of Sri Chaitanya Educational Institutions, said a group of 55 students from their institutions will participate in the International Space Development Conference 2014 in Los Angeles from May 14 to 18 where they will exhibit and demonstrate a model of the project.