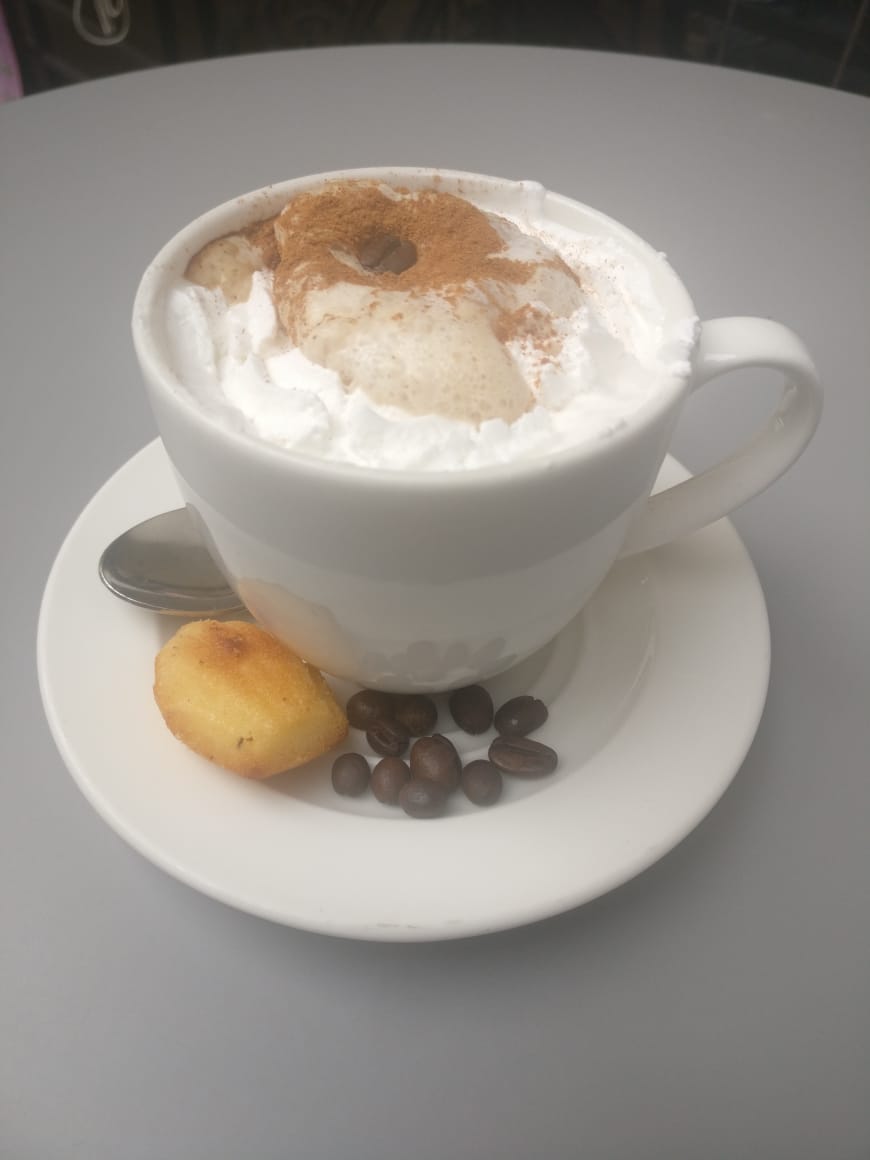 The first sip of Cafe Viennois at Cafe Noir sends up a frisson of delight. There’s whipped cream floating on the top of black coffee and richness of it all is like having used a Schengen visa.

The Cafe Viennois that you get at Cafe Noir is an example of the coffee you will be able to order in the one of the many coffee houses in Paris. Cafe Viennois is what the French -- like Thierry Jasserand, owner of Cafe Noir -- call it. The Italians call it Espresso con Panna. It has rich sweetened cream floating on espresso (that’s the brew, or black coffee or decoction); and panna is cream.

You would think that in Austria it’s called Wiener Kaffee. But they don’t have it on the menu. The closest is “Einspänner”, which is a tall glass with coffee and a small amount of whipped cream, so maybe that doesn’t count.

Being ingratiating with the well-dressed and justifiably snooty waiters, doesn’t score you a coffee in Vienna. Because there is no coffee in Vienna. At least not in the traditional way we drink coffee. The Austrians have many other sorts of variants of coffee on the menu. So, you do not land up in a coffee house in Vienna and order, “One coffee please”, unless you like being slapped upside your head.

You ask for one of the many coffees that have had their origins masked by cream and milk and chocolate and all sorts of alcohol and liqueurs. And if that wasn’t enough, always consumed with a side of pastry, like the Sacher Torte (a dense chocolate cake with apricot glaze and chocolate icing that's usually served with whipped cream) or Linzer Torte (a pastry that crumbles like... a well made pastry).

Sipping Cafe Viennois at Cafe Noir, with nothing else to do, begs the question, “Why did the Austrians screw up coffee?”

It started with the Siege of Vienna. In 1529, Suleiman the Magnificent, (his mommy gave him that title), tried to capture Vienna. (This was some 200 years before Mozart, for perspective.) Suleiman failed. Miffed and hopped up on coffee, the Turks went bombing around Europe in pillage and plunder. About 150 years of attacks and reciprocal attacks ensued, ending up in the Battle of Vienna of 1683 and finally, the end of the siege.

When they quit, the Turk soldiers had left behind sacks of coffee. The curious and enterprising Austrians brewed it. Finding the taste too strong and bitter for their oomph, they proceeded to add things to make it more al dente. Hence the cream and rum and pastries.

The Viennese coffee house is known for it being a social and cultural hub, where men of letters came to drink kaffee and contemplate important issues. And when, in 1857, women were allowed into the coffee houses, social intercourse became more meaningful.

Coffee houses around Europe were that - hubs for the educated mind. Starbucks brought a modern twist to the tale and it is the garage of today’s start-up and the conference room for VCs for today’s business plan pitch.

In Bangalore, home of Indian coffee, the India Coffee House and Koshy’s were at the forefront of the coffee shop culture, where journalists, artists, educators, lawyers and others who could make stab at educated opinion could share thought and theory.

So, it borders on morbid that we Bangaloreans have taken the concept of the coffee house out of its intellectual purpose and reduced it to a kitschy, pointless “hangout joint”, where “culture” is served by loud Bollywood music on the audio, while TVs on mute play MTV videos of foreign people gyrating to a different rhythm.

Cafe Noir is a refuge from this. Its distinct French coffee house atmosphere, tastefully minimal and playing French jazz radio and serving Cafe Viennois, allows us escapism from Bangalore traffic, even briefly.

Until some masala-minded lout loudly and proudly admits to not knowing anything about this, “...JDS-ShayDS party, yaar.”

And tele-transports you back from Europe. And from all rational thought.

How Not To Get Pappy On Father's Day
Would you like to submit your article to us or write for us? Click here and tell us about yourself.