Home | Bangalore In Pictures | Getaways For The Long Weekend 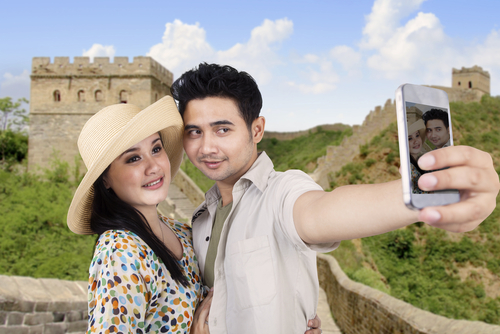 With a long weekend for Ugadi, Bangaloreans are planning for short trips around or close to the city. A short drive out of Bangalore are these pleasant getaways. If you want to explore what delights lie in store close to the city, or desperately need a break from the hum-drum then Explocity makes some suggestions...

Nandi Hills
A mere 30 kms after BIAL are the scenic Nandi Hills. Tipu Sultan had chosen these hills to build himself a summer retreat. The drive from the city up to the hills is very beautiful, with vineyards on the way. A narrow road with 40 steep turns goes up to the hills. The palace is off limits to the public but one can still see the place from where Tipu used to have his prisoners thrown to their death (Tipu’s drop) or the bath where the royal ladies use to spend the better part of the day frolicking in the water (Queen’s bath) and many temples. Nandi Hills is also a popular paragliding spot.

Mysore
Just 146 kms out of Bangalore is the old capital of the Wodeyar Dynasty (previously ruled by Hyder Ali & Tipu Sultan). It is set in the foothills of the Chamundi Hills and is easily accessible by road or by regular trains from Bangalore. In 1831, Mark Cubbon, the Commissioner moved the states capital to Bangalore, but Mysore did not loose its charm. The city is rich in history and culture and many of Karnataka’s festivals and celebrated with pomp there. The Dasara festival in Mysore is very popular when the city receives many tourists from all parts of the country and abroad.

Yelagiri
A sleepy hill station just 4 hours outside Bangalore, this is a place to go to for those looking for some R&R. The drive from the city to Yelagiri is beautiful through the 4 lane National Highway 7. Once there, people have not much to do or see, except go for walks by the lake or take boat rides.

Ooty
Set deep within the blue Nilgiri hills, this is a very popular tourist destination for many Bangaloreans. Originally owned by the Todas, a tribal community, it was handed over to the British, who promoted tea and teak plantation on these hills. It became a summer capital for the Madras Presidency and much visited place during the time of the Raj.

Skandagiri
A short 2 hours drive from the city towards the Nandi Hill range is Skandagiri, a hill fort which belonged to Tipu Sultan. Dilapidated fortress walls can still be seen. Tipu had used the fort as a base to fight the British before surrendering it in 1791. Some unfortunate incidents have led to the police preventing trekking to the top of the hill. Those who have been lucky to get to the top have raved about the breathtaking view of the sunset.

Belur and Halebid
A 4 hours drive to Hassan from Bangalore will bring you the 2 temple towns which are just 16kms apart and it is impossible to visit one and not the other. The intricate carvings on the temple walls and the exquisite Hoysala architecture add an aura of mystery and charm.

Coorg
Originally known as Kodagu, later the name was anglicised to Coorg. The Kodavas were the early farmers in the area. The region is famous for its coffee plantations and honey. There are many wildlife sanctuaries and a national park in the area. A must visit in Coorg is the Talakaveri, the source of the river Cauveri, which also has a temple dedicated to Lord Brahma (only two Brahma temples exist in India).

Hampi
The ruined capital of the Vijaynagara dynasty, who ruled over the region from 1336 to 1565. Hampi is a UNESCO world heritage site on the banks of the River Tungabhandra. It is a 22 sq kilometer of breathtaking man-made wonder. The most famous of the monuments in Hampi are The Stone Chariot, on the courtyard of Vittala Temple, The Virupaksha Temple, where regular worship still goes on, since the 7th century AD.

Mekedatu
The river Kaveri flows through a narrow deep ravine at Mekedatu (which means goat’s leap in Kannada). It is said that once a goat, chased by a tiger had leapt across the gorge and the tiger did not dare follow it, hence the name. At Mekedatu the river is wild and ferocious, forcing itself to cut across and flow through the 10m wide ravine with hard granite on both sides.

Jog Falls
It is the highest plunge waterfall in India, the river Sharavathi drops from a height on 830ft at this point, it is a spectacular sight. The best time to visit the falls is during monsoon, though the falls are covered by dense mist, it is eerie to hear the thunderous roar behind the cloud of vapour. There are some magnificent rock pigeons which have made the cliff face their home.

Hogenakkal Falls
Known as the "Indian Niagara", the Hogenakkal Falls are famous for their medicinal baths and coracle rides. The carbon rocks of these falls are one of the oldest in the world. Monsoon is the best time to visit, when the river is in full fury. It is a unique experience when the coracles take you for a ride very close to the water falls and you can sense the power of these falls. Fresh caught fish are fried and served on the river bank.

Kudremukh
A 7 hour drive from Bangalore will take you to Kudremukh, a secluded hill station. The peak is located in Chikamagalur district. A trip to this, "yet untouched" place should be reserved for a long weekend, as a very short trip will not do justice to all the natural beauty and the many treks which are available there. Don't forget to spend some time trying to identify the horse's face (Kudre or Kudra means horse in Kannada, hence the name) in the side view of the mountain.

Shivanasamudra
A fantastic place where the river Cauvery splits into two beautiful falls. The first Hydro Electricity power was set up here in 1902 and it is still operational. There are two popular drops, the Gaganachukki, where the climb down is very steep and a few kilometers up is the Bharachukki, where people can get into the river and generally have a good time.

Chunchi Falls
A couple of hours drive from Bangalore towards Kanakapura is the raw and rugged Chunchi Falls. An ideal picnic spot but food and water has to be packed and taken as the place is very deserted and isolated from humanity. Most of the year the place is dry, so monsoon is a good time for a visit.

Yercaud
A picturesque hill station around 220kms from Bangalore, the best time to visit Yercaud is just before the monsoons. The climate is always temperate there; the evenings do get a little nippy, so carrying a light woolen garment will not be a bad idea. There are many places to visit for a regular tourist or you can go trekking if you like a little adventure.