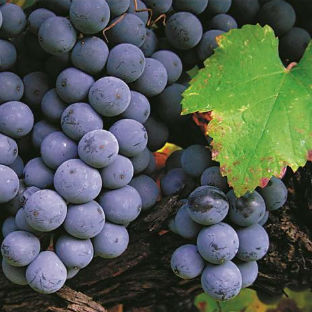 The Bangalore Blue Grape, exclusively grown in areas around the city has been given GI (Geographical Indication ) status. The Bangalore Blue Grape, known for its "foxy" flavour, got the GI tag (no 211) for its specific geographic and indigenous variety, three years after the state horticultural department submitted its first detailed proposals to the office of the Controller-General of Patents, Designs and Trademarks seeking a GI tag.

The cultivation of the GI has been going on for 150 years in outlying areas of Bangalore like Chickballapur and Kolar districts as well as some Bangalore Urban areas. The livelihood of over 15,000 farmers in the Nandi Valley depends on their cultivation.

"The GI status was conferred for the sole reason that the Bangalore Blue Grapes are grown particularly in and around the city area. This should not force government to issue subsidies for wine-making using the variety of fruit," said an official of the horticulture department.

"If the grapes are grown in any other area, it will be devoid of its characteristic flavour and colour," said P Sampath Kumar, principal scientist (horticulture), Division of Fruit Crops, Indian Institute of Horticultural Research, Hessaraghatta.

More than 4.5 lakh tonnes of the Bangalore Blue Grapes are produced annually, but most of it is used for table purposes - raw consumption, making jams and jellies etc. The wine industry purchases around 4000 tonnes of the grapes.