Home | Restaurants | A bite between festivals 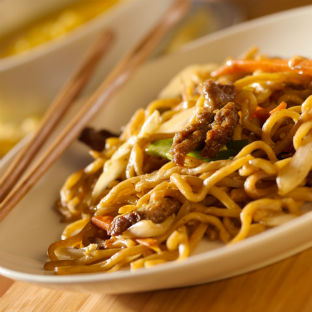 For some of us, the festive season is an excuse to eat out. But here at First Foodie, that only means it’s easier to decide what to eat. So when the festivals are on a break, does that mean we stop eating out? No way. Here are a few suggestions on what makes for a good eat between fests.

The closer you get to the end of the year, the more it seems there is to eat. As one festival ends, another begins. And while we might be catching a break from work, your stomach doesn't have the same luxury.

Not that anyone’s complaining.

After an overload of Bengali sweets and Navratri thalis, there was the Bakrid biryani. But this was just the prelude to the big bang. Diwali is around the corner and an explosion of sweets, savouries and decadence are imminent.

In between, you have one and a half weeks. It’s time to update your appetite. This is when you say, “I feel like eating something different,” and actually do it.

We asked a few Bangaloreans what they've been craving.

“I don’t even want to think about Indian food. During Navratri we eat vegetarian, and then again during Diwali, people prefer to eat vegetarian. So, now I would like to eat something like Continental food, a lot of grills, maybe a grilled chicken salad,” says Matuli Swaim, Assistant Marketing & Communications Manager at The Hyatt, Bangalore.

Her other choice of cuisine is Pan Asian because the food is stir fried or steamed. “Anybody who has cooked during Navratri, like me, would know that stir fry is a great option right now,” she says.

She also tells us that Indian food involves a lot of spices and sweets. What’s a good palate cleanser, then? Wasabi ice cream, Swaim says. There’s a hint of excitement in her voice that any foodie can relate to.

Then there is Manish Gaur, Director of the Institute of Baking and Cake Arts, Bangalore. He says he eats something sweet everyday, considering it’s part of his job. So, the excess intake of sugar during Navratri wasn’t really a problem for him.

However, Gaur says he could do with some Chinese food. Being vegetarian, he likes to order the good ol’ gobi manchurian. He likes the spice and sour of the cuisine. But how does that make it different from Indian cuisine? He responds by saying, “I just like the slurpiness of it.”

“Indian food has so many components and it’s all too heavy,” says Arun. For her, a pizza is a nice way to get away from the curries. “A pizza margherita with cold cuts – the crust and the cheesiness of it,” she explains.

The great thing about Bangalore is not just its multi-cultural crowd but also the similarly diverse appetite.

We could go on about the variety of cuisines the city has to offer, for you to take respite in. But, is one and a half weeks long enough for that?