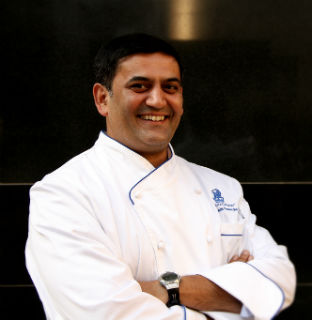 The Ritz Carlton is all set to open in a week, right here in Bangalore, and it will be the first in India. But along with it, it brings another first to the city – the only Indian chef in the country with a Michelin Star rating.

In the restaurant business, receiving a Michelin Star rating is one of the highest achievements. The ratings are given by inspectors who visit the restaurants or hotels anonymously and judge the service based on certain criteria. The result can be anywhere from three stars to no stars, even if the restaurant in the Michelin restaurant guide, popularly known as the Red Guide.

Similary, Gault Millau, named after the two critics who started it, is another leading French restaurant guide. Here the points are awarded on the scale of 1 to 20, 20 being the highest. It has been said that restaurants with below 10 points are almost never listed.

Together, Michelin and Gault Millau are among the most influential restaurant guides in the world.

Today, the Ritz Carlton, Bangalore is proud to have him as Executive Chef where he will deservedly oversee daily culinary operations of all seven dining venues, in-room dining, catering and special events.

“I am confident that my diverse culinary background paired with Bangalore’s vibrant selection of flavours will create a truly unique and delectable gastronomic experience unlike any other,” says Banerjee.

His first professional kitchen experience began in The Oberoi, New Delhi. From there, he travelled across the globe, mastering his skills.

In June, this year, Anupam Banerjee was announced as the Executive Chef of the yet to open Ritz Carlton Hotel. Now, a few months down the line, the hotel will welcome guests from across the country and around the world on October 31. The chef is ready to bring his global expertise to the table and we look forward to it.