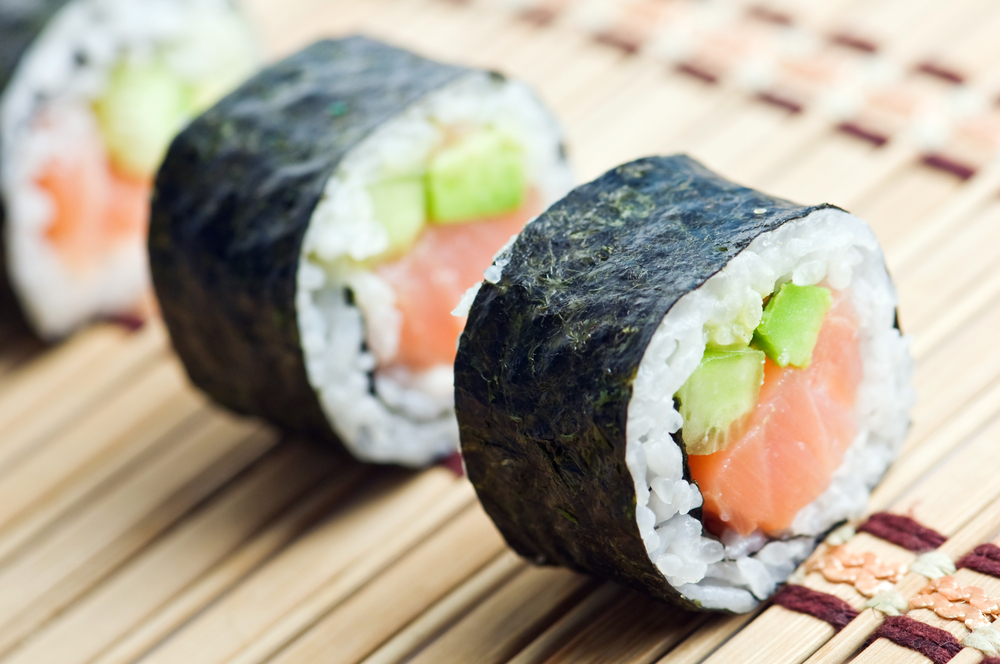 Explocity chats with the folks at Edo about the new menu and the secret to success on their fifth anniversary
Edo at ITC Gardenia is a benchmark for Japanese food in the city. As much as Indians love Asian flavours, Japanese cuisine has always been a little awe inspiring. Though of course it is much loved. The Chefs at Edo, ITC Gardenia have always made Japanese food accessible but maintained the exclusivity of it. Now this restaurant turns five and has new additions to the menu.

Master Chef Kamlesh Joshi told Explocity, “I am delighted to be the Master Chef of one of the finest and most renowned Japanese fine dining restaurant In India. What is most delightful is that so many of our discerning guests and the Gen Y wanting, exploring and enjoying Japanese Cuisine.”

The name of the restaurant Edo, comes from the ancient name of the city of Tokyo. The restaurant is a celebration of the exhilarating spirit that embodied the Edo period. General Manager of ITC Gardenia, Virender Razdan says, “Edo brings alive the concept of Japan’s vibrant after-hours culture, with authentic sushi, sashimi, succulent robatayaki, crisp tempura and artful bento meals, accompanied by fine Japanese sake, wines and whiskies, culminating in a grand finale of delectable desserts.”

The dish in a bowl seems to be the upcoming trend in all cuisines. The new menu of Edo brings the original ‘dish-in-a-bowl’ from Japan, known as Donburi. They have also introduced Japanese curries. The menu has infused new dishes on Robatayaki - the traditional Japanese barbeque. Of course the much loved sushi and salads are still on the menu, but with a refreshing new take.

Chef continues, “For this special occasion we crafted a unique Kaiseki menu, which is of 7 to 8 courses.” This menu uses only high quality ingredients and has been enhanced by the Chef's skills and time tested techniques to ensure that each course is curated and each dish is designed especially for the palate of the individual guest.

The guests are very well travelled and know the ins and out of Japanese food. “Our Indian guest has become so knowledgeable and adventurous that they are more receptive to customizing food items which are present on the menu. They are well travelled and willing to experiment. On an average there are at least 3 – 4 tables per week that are trying Japanese food for the first time. During the Sunday Brunch, which extends from Edo to Cubbon Pavilion and Lotus Pavilion, I have seen several guests walking up to the outlet and trying out Japanese food for the first time. In fact I have known many of them to come back during the week to try out the items on our a la carte menu.“

For the past five years, the restaurant has won many accolades and has consistently been named the best in the Japanese restaurant in the city. The name Edo, is inspired by the ancient name of the city of Tokyo. They believe the Izakaya style of dining, which originated during the Edo period. This is a type of informal Japanese drinking establishment that serves food to accompany the drinks. And indeed it is the perfect place to spend an afternoon.

As Razdan says, “The past five years at Edo have seen growth in leaps and bounds and the restaurant has been able to draw and engage guests in the subtle nuances of Japanese cuisine. Edo has won many accolades voted by our discerning customers. We thank you for your tremendous support.”