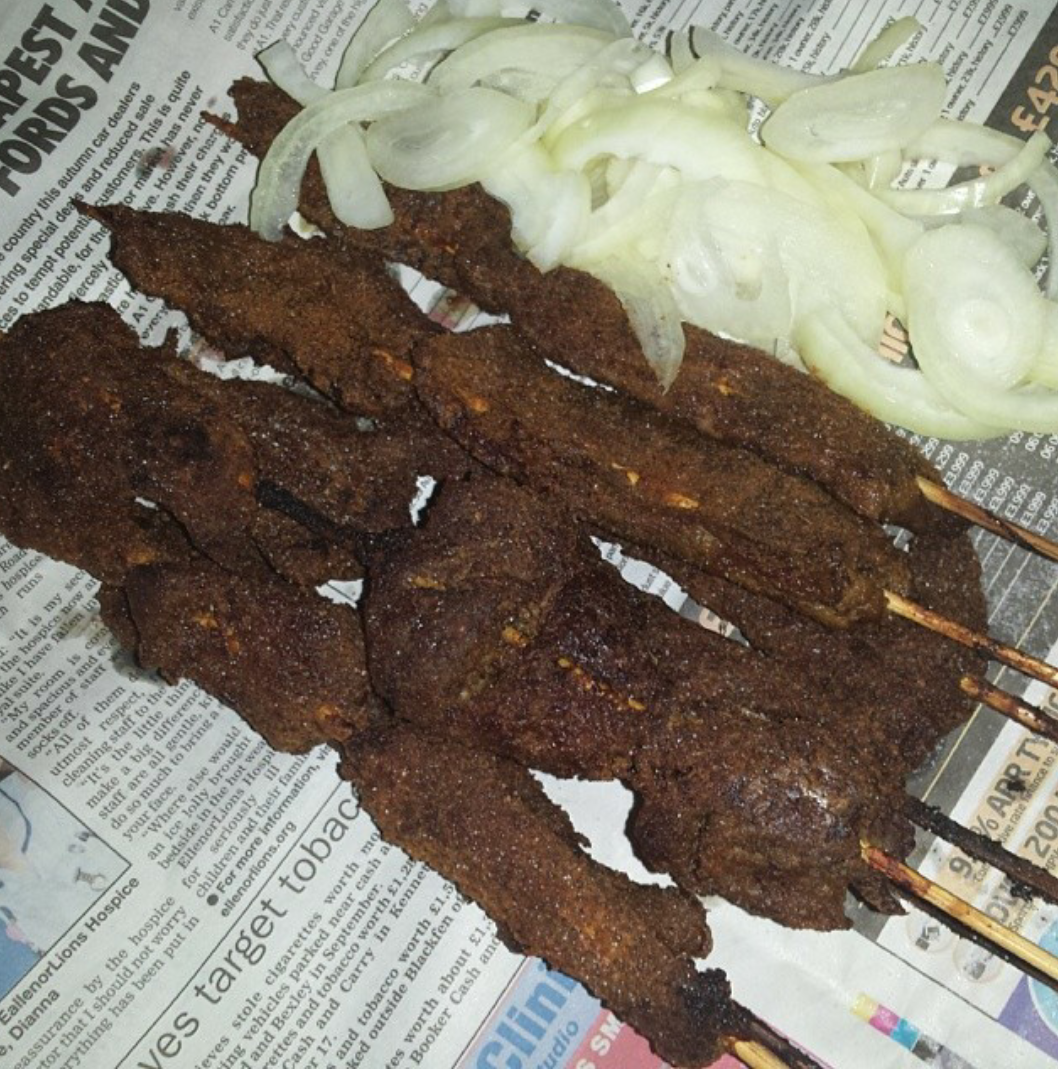 Suya is a Nigerian street food resembling a spicy shish kebab, served with further helpings of dried pepper mixed with spices and sliced onions and wrapped in newspaper. This skewered meat is traditionally prepared by the Hausa people and some parts of Sudan (where it is called agashe). Suya is generally made with skewered beef, ram, or chicken.

The recipe for Suya is usually kept secret by each cook but broadly, the meat is marinated in spices like peanut cake, salt, vegetable oil, and then barbecued.