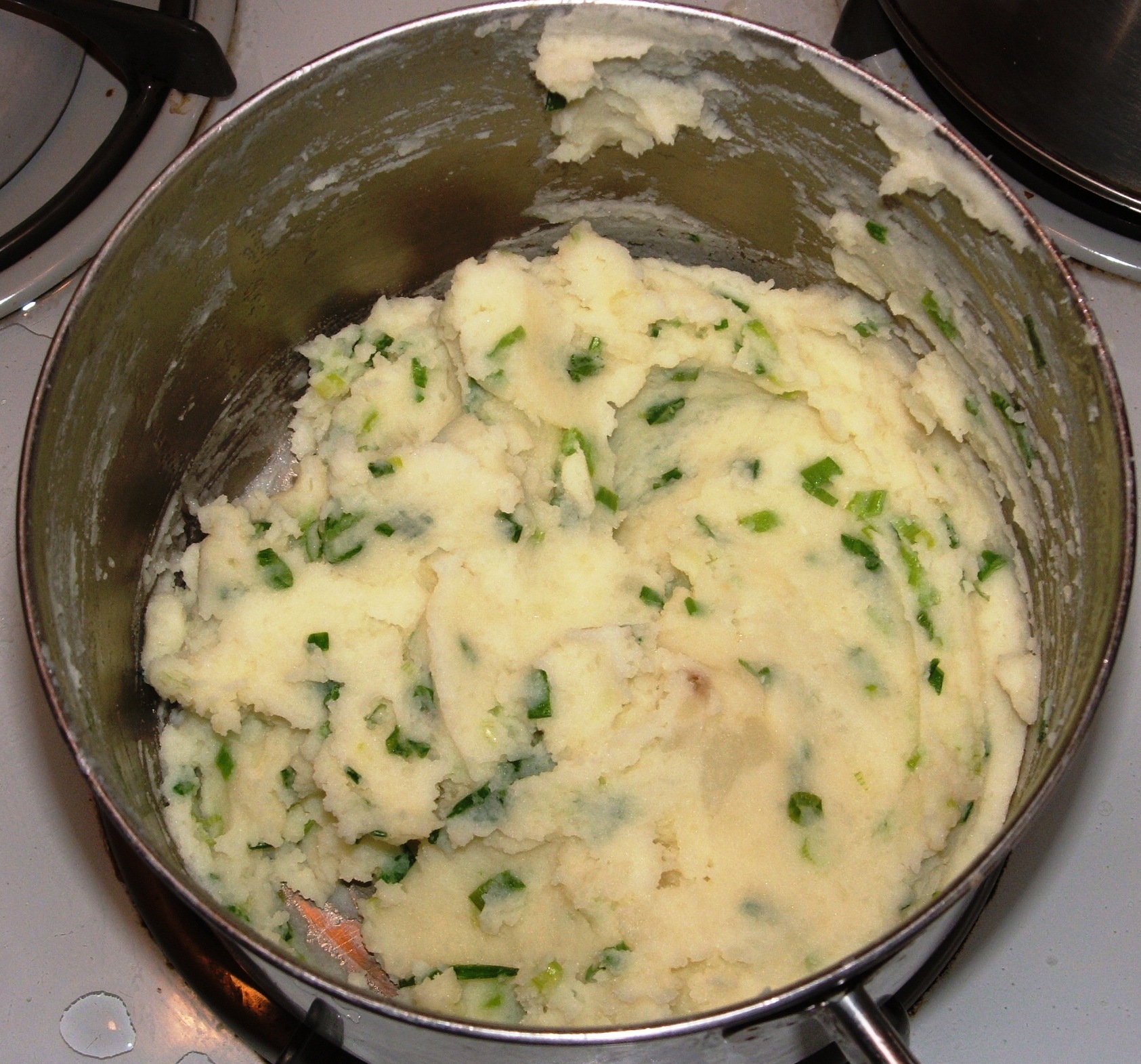 Champ is an Irish dish which is a version of mashed potatoes. The mashed potatoes are mixed with chopped scallions, butter and milk and seasoned with salt and pepper.
Mainly eaten as a side dish, it can also be eaten as a main dishes (as it is, sometimes in poorer families.) The word champ has been adopted into phrases like, “as stupid as champ at a wedding” which means to be uncultured and foolish. Also because champ is a poor man’s dish and not fit for a wedding banquet.
It is light and can be healthy if it is combined with vegetables. The combinations can be endless. Another version is called colcannon, which uses kale or cabbage instead of scallions. The older version, in the mid-20th century was made with stinging nettle. This version is hardly seen now.