When accompanied by some warm and crusty bread, soups can be the perfect accompaniment to this wonderful weather of Bangalore. 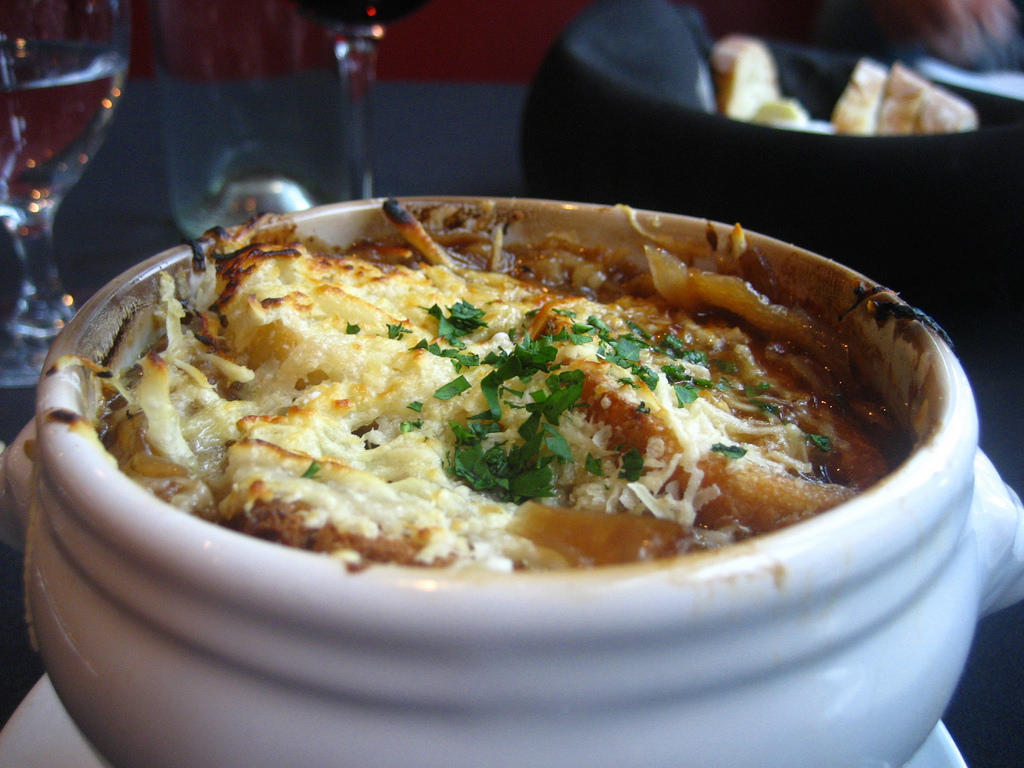 While it’s hot and humid everywhere else in India, here at home in gloomy, grey, chilly and clammy Bangalore a bowl of French Onion Soup is comfort food. Soup is nourishing, high on taste and flavour. When accompanied by some warm and crusty bread, soups can be the perfect accompaniment to this wonderful weather of Bangalore.

And perhaps one of the most appealing - appalling to some we admit - soups is the paya. Made from the trotters or hooves of most commonly goat (or lamb), this is steam cooked along with various spices, as is often eaten for breakfast. Known for its tremendous nutritional value, this soup is available in many of the military hotels in the city. Karama restaurant on Mosque Road in Frazer Town and Abdul Lateef Paya Shop are two small restaurants that are well-known for their paya soup.

Only a few clicks away, there’s Olive Beach. Known for their New Mediterranean cuisine, the restaurant’s soups combine a blend of diverse ingredients. These include  the Greek Spinach, Bathua and Garlic Soup, with dill leaves, fennel, and feta cheese dumplings; smoked tomato, fresh fennel with basil and Grana Padano come together in the Smoked Tomato Soup, a pricier version of the regular tomato soup.

Naturally, without a trace of soupcon, there’s culinary gold to be found in anything caused by Chef Abhijit Saha and theClam Soup, with the added flavours of white wine, saffron, and dill is something to warm those shy and retiring cockles at Caperberry at UB City.

Mexican soups are known to be hearty. Also at UB City, Sanchez’s The Oaxacan Style Tortilla Soup, ungrammatically considered to be the “Queen soup of Mexican cuisine”, is made from chicken broth with tomato, pulled chicken, cream, chipotle, avocado and tortilla chips. The Tlalpeño Broth is a double chicken clear broth with pulled chicken, rice & chick peas, served with slices of lemon, cilantro leaves, chopped onion, avocado and chipotle on the side to spice as per taste.

But these paragraph-worthy places are not the only soup bowls in the city. Bangalore bubbles over with broth that goes beyond French Onion Soup . So we looked at the net to find out what the soup-quaffing gourmands of the city picked for their pot. Here’s a random smattering of their selection.

Back to the French Onion Soup, here's Jamie Oliver's video on how to make it at home.