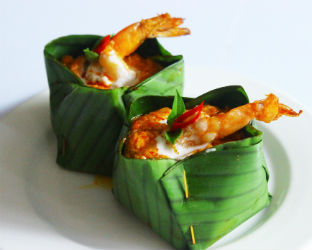 Benjarong is hosting the Loi Krathong festival till November 24. The festival is celebrated across Thailand on the full moon day in November and brings people together as they make a wish for a better future.

Loi Krathong takes its name from the words ‘Loi’ meaning float and ‘krathong’ meaning small baskets or rafts made from banana leaves and contain incense, lotus flowers and candles which are lit and set to float in water after making a wish. The belief is that the krathongs carry away bad luck and signal a fresh start.