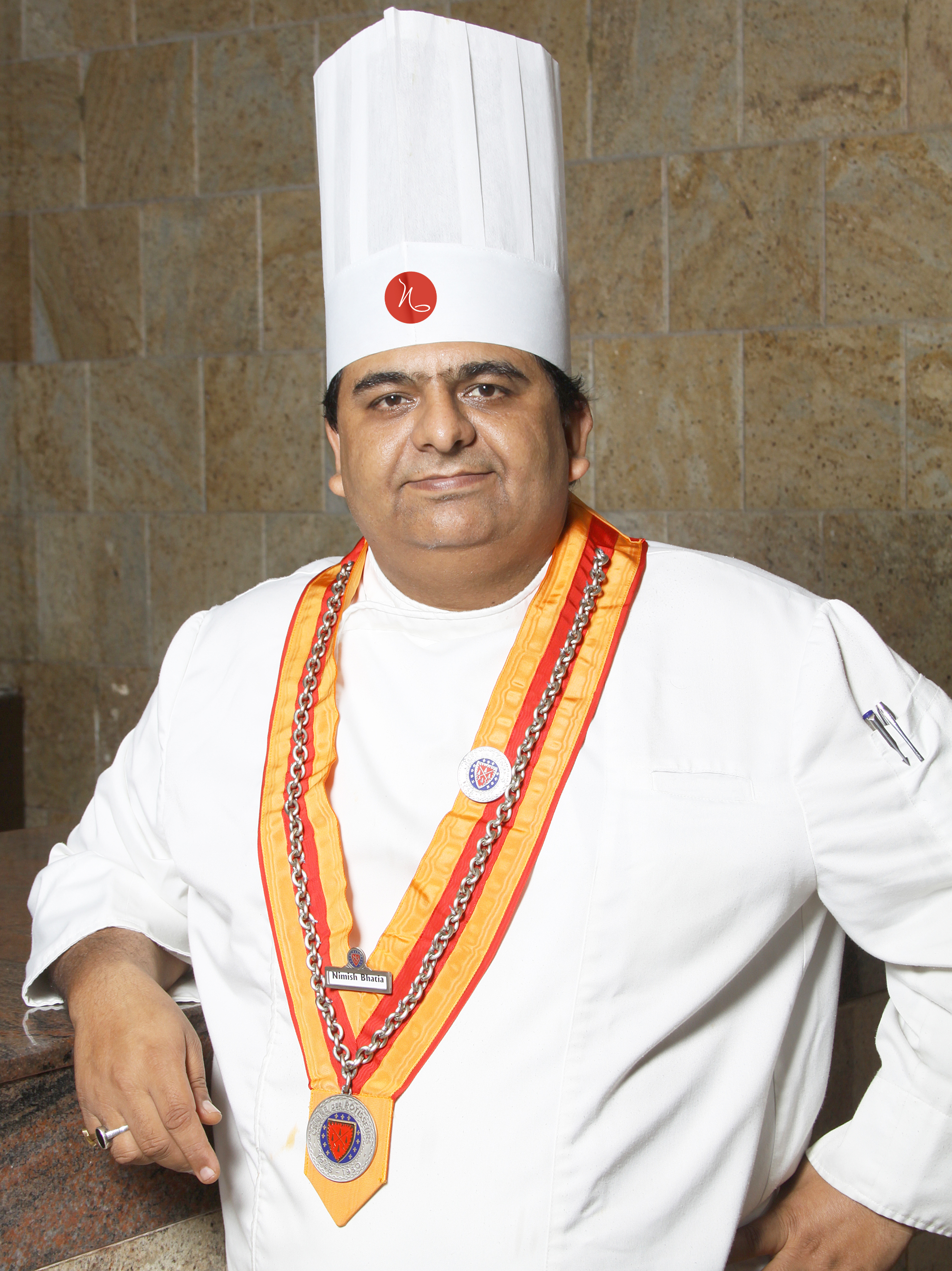 Where did you grow up?
I am from the culinary world of onions & potatoes and will remain associated with it always. Yes the original place is Delhi but now I think I have become a part of Bangalore. I did my initial days in Jammu and thereafter moved on. Initially I came to Bangalore on work but my love for this city held me back here.

What led you to becoming a chef?
I guess my love towards good food, admiring & relishing it was always there. That slowly turned into passion which made me become a chef. If I rewind my life, I do not know how it happened.

How long have you been a chef?
I have been associated with being a chef for close to three decades. To be precise 27 plus years.

What do you enjoy more? Cooking or creating?
It is a combination, and both a married to each other. I believe, food is a very sensuous journey, it all starts as you see the culinary conversion of those ingredients like onions , potatoes or so converting into a dish, further marrying accompaniments and then converting into an experience.

Do you feel there is virtue in preserving the authenticity of cuisine?
Authenticity – a key ingredient for restaurants. But today’s world, I would say, “authenticity" itself is a tricky concept that needs to be defined before it can start passing out realness. I believe it is consistency as more realistic word than authenticity. Our industry is changing its face so quickly that it needs to be redefined all the time as a different gastronomic practice and style. The fragrance of melodies.. The material, the sites, aromas, weaving new recipes as well, will all continue and the triumph will always be reframed as “encore”.
In our world of chefs where the food or the recipe is not spelled in the chronological sequence of ABCD but is about onions & potatoes, oil and butter which are all the ingredients and then its culinary conversion to fine produce. The food is always created by its traditional or so called authentic styles but varies or changes its originality. Original Japanese Uramaki Sushi is lesser known and sold as California Rolls or Boston rolls. So is the originality of Butter Chicken that is lost to something else, and so is the burgers and pizzas and so on. Yes the nouvelle concepts have topped over authentic food, but it was always about the raw and the real deal in food. Theoretically and authentically the service styles from left to right and right to left have lost to chic and indigenous styles. The plate presentations with 12 ‘o'clock and 6 ‘o'clock on accompaniments have been redefined. Yes, what remains unchanged and is authentic is a chef’s equity. Industry is working with current trends in multicultural and multidimensional diners but the fire remains as an integral part of this sensuous journey. It has differences, different facets of the culinary faces, different strokes of the known styles, different dimensions of familiar delegation, different surroundings stirring similarity of souls, different individuals converging to declarations, different moods finding methods, different pictures getting towards more picturesque speech. These are some of the differences.
The idea is to create a feast by the table with live process of culinary conversion. Wine and champagne in liberal doses will form part of the do. The diners will choose the meat, marinate it, flame it, to aflame their designer palate.

What dish do you like eating the most?
It all depends on availability and times. I love food generally in all its aspects.

What’s your least favourite dish?
Many, many favourites different formats. But I love potato in general.

How long have you lived in Bangalore?
12 good years.

Do you like it here?
I have always seen Bangalore as the best city to stay and work because of various reasons and the most important being; one people, and two, that there is no political stoppage to business. People are anyways great, but now, somehow I regret this after suffering last two weeks and now..Ah, I really hope things go better.