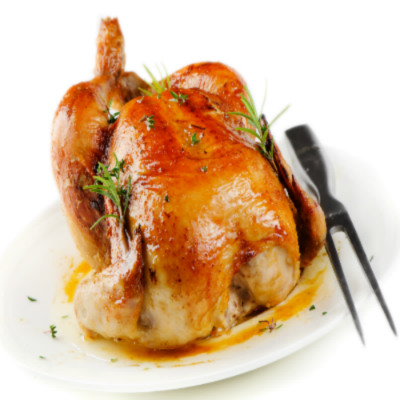 It is commonly accepted that a culture is defined by its culinary spectrum. This can also be said of the Anglo-Indian community. As Bernard Hereford, former President of the Bangalore Anglo-Indian Association puts it, “No one cooks like the Anglo-Indians can.”

Interest in all things Anglo-Indian has been rekindled with the recent news that Prince William has a ‘drop’ of Indian blood on his mother’s side.

Because this means that the second-in-line to the British throne is 1/256th Indian (Source: The Independent). The Anglo-Indian Society in India, along with the rest of the Anglo-Indian community all over the world has taken much interest in this piece of information that dates back to Princess Diana’s great, great, great, great grandmother, Eliza Kewark, as revealed by Dr Jim Wilson, a geneticist at the University of Edinburgh and chief scientist at BritainsDNA.

So now, the hunt is on, in Gujarat, for distant cousins and relatives who share Prince William’s Indian blood.

‘Anglo-India’ isn’t a specific place or a country. It’s a community. And in Bangalore, according to Hereford, the areas spanning from Austin Town to Ejipura, and Kalyan Nagar to Lingarajpuram is the Anglo-Indian belt of Bangalore. The city has its own share of Anglo-Indian history.

Alison Cabral, former Secretary of the Bangalore Anglo-Indian Association dismissed the discovery as bunkum. “Firstly, this gossip about Prince William having Indian blood is just a claim. It hasn’t been substantiated. Moving forward with the history of the Kolar Gold Fields, Anglo-Indians in Karnataka migrated for one reason, and that is to find jobs. With the gold mines closing down, our ancestors moved towards Bangalore for employment. Sadly, along the way, the community saw a split into different groups.”

Despite the politics and the history, the Anglo-Indian community stands firm with a wide array of cuisines that define ‘Anglo-Indian-ness.’ When asked what would be a quintessential Anglo-Indian dish, Hereford said, “Coconut rice with ball curry and devil chutney. That is definitely the Anglo-Indian signature dish. Famous dishes that have Anglo-Indian roots are roast chicken, pork vindaloo, rose cookies, plum cake, guava cheese and much more.”

Bridget White-Kumar, author of several Anglo-Indian cookbooks, gives us an insight into some iconic Anglo-Indian dishes that are popular in Anglo-Indian homes in Bangalore.

Fish Padda
Fish Padda, also known as fresh fish pickle is an old Anglo-Indian favourite that was prepared in the olden days.

Devil Curry
The Devil Curry as its name suggests, is a rich and fiery hot dish, prepared with beef, mutton, lamb, chicken, pork or eggs and lots of chillies. In the earlier days, wild boar, venison and rabbits were also made into Devil Curry.

Grandma's Country Captain Chicken
Grandma’s Country Captain Chicken was a very popular dish during colonial British times. In those days, home-grown poultry was used. The chicken was slow-cooked with fresh ingredients in a firewood oven. This dish presumably got its name from an old grandma who prepared the dish for her favourite grandson, a captain in the British Army.

Traditional Christmas Pudding
The Christmas pudding is traditionally made with 13 ingredients representing Jesus Christ and his 12 Disciples. The Christmas pudding is stirred from East to West in honour of the 3 wise men from the east who visited Christ. Every member of the family gives the pudding a stir and makes a wish. A coin, a ring or a thimble, is added to the pudding mixture. The coin and thimble is believed to bring luck and wealth to the person who discovers it on their plate on Christmas day. The finger ring would mean that the person who got it would be getting married. White-Kumar goes on to mention, “Anglo-Indian cuisine is served at home. Our children these days don’t seem to show much interest in dishes that define our history.”

According to Das, “Anglo-Indian food is special. It uses different spices and techniques, which results in unique flavours. As a restaurant, we have brought a culinary realm that till now has remained only in homes. Now it has been made commercially available.”

Prem Koshy, owner of Koshy's, MG Road, says, “We are proud of the Anglo-Indian dishes that we serve here. The secret is to stick to the original recipes.” How did his patrons react to the cuisine, we asked “Evidently, the contemporary Bangalorean palate has developed a liking for Anglo-Indian food.”

There are other restaurants in Bangalore that either serve Anglo-Indian food exclusively or have a couple of items on their menu. These include, for a high-end culinary experience, ITC Windsor’s Dum Pukt Jolly Nabobs. Anglo-Indian versions of regional dishes such as koofthay mahee, pomegranate chops and Bloody Mary salaat.