Home | Culture | For The Love Of Metal 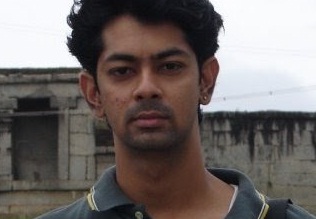 Techie by day, drummer and metal-head at all other times. Explocity speaks to Subhramani Sathyanarayan who works as the Senior Systems Engineer at a multi-national retail giant and is also the co-founder of Headbangers India, a portal for everything there is to know about the Indian metal music scene.

What is Headbangers India?
Headbangers India is India's first ever exclusive metal webzine and portal for heavy metal music fans. It was started by me and my wife Vilasini in 2009. We’ve got reviews, previews and information about the Indian metal scene. Since inception, bands, fans and event organisers have supported us.

The metal music scene in India is very niche. Why did you start a website dedicated to it?
My wife and I, both being ‘metal-heads’ always felt the metal scene was not getting its due attention. We decided to stop complaining and do something about it. I had a background in web design and my wife is a writer. We put our strengths together and created Headbangers India. Fortunately, the response was good when we launched and since then, we've tried to keep the site running to bring metal-heads closer.

Who visits the website?
Anyone who wants to know the latest in the Indian and international metal scene. We have album and gig reviews, events, band profiles, artist interviews and also provide a platform for those who wish to voice their opinion about the genre.

What sort of traffic do you get online?
Something niche often depends on the mood of the viewer and of course, if there is an important event on the anvil. It also depends on how exciting the information we carry is. On an average we get about 300 new visits a day, but there have been times when our hits have gone up to 3000 hits in the span of a few hours.

Do you believe you've been able to create a community around the site?
More or less. People are able to associate with Headbangers India now. We have a community of around a minimum of 8000 people on our website and social media pages put together. There have been times (for example, when we brought out the Indian metal calendar) where we have interacted with metal fans from remote villages in North India, even Kashmir and ultimately it does feel good that metal music lovers know us and support us in whatever little way they can.

Have you been able to monetise the concept?
Not on a sustainable long term basis. We've had ads on the site for short periods but hadn't concentrated on bringing in a steady source of revenue. Now that the site has been running for a long enough period of time, and has somewhat grown into a brand, we are working to monetise. A lot of our money, time and of course passion goes into keeping the website alive. We would like to be considered serious journalists some day and garner some good traffic to get good revenues out of advertising. We would like to work with bands, artists and promoters to help the scene grow and of course make money with gigs and events.

For VCs to invest in Headbangers India, what would the biggest draw be?
The problem plaguing the Indian music scene in general and metal scene in particular is that there is no cohesion. Rather than putting our collective knowledge and expertise together for the greater good of the genre, everyone wants to try and do things on their own. Except for a couple of very large players, most promoters, event organisers and artist managers usually don’t have the means to reach out to large numbers of people. There is hardly any thought given to the right kind of promotions. I remember seeing a Slayer concert hoarding in Lingarajapuram. That will not get you large audiences. Finding the right place to put the hoarding up, doing targeted promotions and also a good amount of social media will. We can do all the required background work, planning and research for organizers and make recommendations. We aren't new to the scene. We've been in bands, with them, been in mosh-pits and have also scrutinised every riff on stage. I think we are justified in looking for investment.

What in store in the future?
As I mentioned, we would like organize gigs, start a heavy metal radio station and also become India’s first metal publication. We are never out of ideas about what we can grow into. But ultimately, we would like to focus on quality journalism and sustaining ourselves.