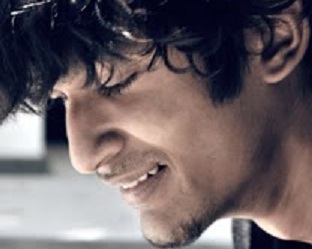 In his quest to find vintage comic books, a Bangalorean has created a niche community for lovers of old Indian comics. Explocity speaks to Subin Jameel, creator of the Retro Comics India Facebook community.

Comic book lovers have never had it so easy. Hollywood's love affair with superheroes continues and events like the Comic Con ensure that publishers release their latest editions in your city and showcase forthcoming issues. However finding old, classic (retro) comic books still remains tough. Earlier, fans would hunt for other comic book lovers and screen through brick-and-mortar libraries to try and find what they wanted. Today, the Internet and Social Media is reducing leg work and making it easier for fans to connect, share and even acquire comic books to complete their collection.

Subin Jameel, a junior architect at a design firm in Bangalore, started a Facebook page called Retro Comics India for people interested in old Indian (publishers’) comic books in January 2013 and has acquired more than twelve hundred 'Likes' - all organically.

Jameel said, "I would like more subscribers. Who wouldn't? But the whole idea is to find people who are genuinely interested and passionate about old comic books. The page needs to be a community of individuals who have some subject matter knowledge. Large numbers alone can't guarantee that, finding the right people will."

Jameel started by posting images from his collection, followed by information about vintage comic books and publishers. Eventually people who liked the concept joined the page and started posting themselves. "Nostalgia is an undying trait," Jameel believes, adding, "I post content which rekindles ones memory from the past. It's the reason why people visit the page repeatedly and participate."

Explaining why he took the social media route, Jameel said, "I wanted equally passionate individuals to have access to my collection. Only Social Media (in general) and Facebook (in particular) could allow me access to such a community, or such a community to access my concept." Jameel does question the longevity of Facebook and says, "Everyone seems to be on Facebook at the moment. Its reach makes it easy to share and get information. However, I do wonder if running a community on Facebook alone is feasible or scalable in the long run. I have contemplated a full-fledged website eventually, but not anytime soon."

Jameel hasn't received any support (financially or otherwise) from any brand, company or individual and everything is managed by him. He doesn't aspire to make money out of the concept and hence, rules out the idea of advertising or buying Likes. "The media has given me attention. The support is strictly within the theme of preservation and curating," he said.

Jameel said that he has been approached by a few publishers to use his community to sell their comics and he figures he could monetize that way. "But not for any personal gains," he adds quickly and says, "The money I make from the page will go into procuring more comic books."

Speaking about the communication and interaction on the page, Jameel said, "People share information, pictures, vintage advertisements or anything retro in a vintage Indian print context. These are mainly individuals who run blogs, collectors and regular followers. The idea is to make people want to exchange."

However the word 'exchange' is only digital for the moment. No physical comics have exchanged hands via the page. Jameel said, "Since the community is growing, I plan on creating a market space within the page where I'd like to help people buy and sell. This is still under development. I want to make a large catalogue of Indian comics, where you could see all the front covers and get all the info you need and then acquire any retro Indian comic book ever published. I also want to allow the sale of vintage collectibles, magazines and even advertisements from all major and unknown Indian publishers."